The 2021 ICAO Stocktaking event for in-sector CO₂ reductions concluded with strong calls for high ambition from governments and industry leaders, and highlighting important new innovations in technology, operations, and fuels to accelerate the realization of sustainable aviation. Aeronautical pioneers, industry leaders, technical experts, researchers, innovators, and national authorities shared their ambitious plans for decarbonizing international aviation during the four-day event which ended last Friday with over 1,000 virtual participants from every world region. 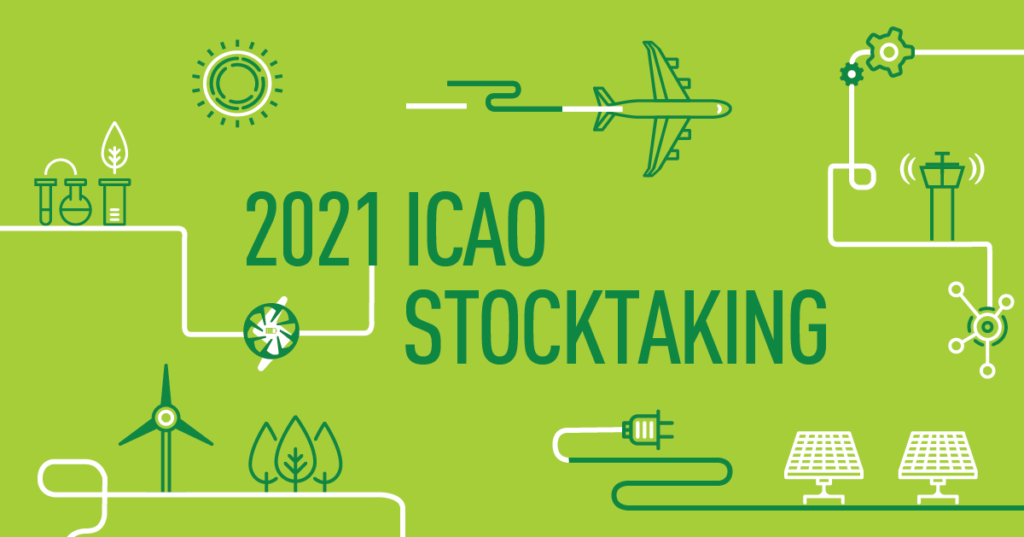 The 2021 Stocktaking provided a platform for youth inputs, including young entrepreneur initiatives and an ISAE-SUPAERO announcement on the founding of their Institute for Sustainable Aviation. ICAO announced an open call for the establishment of a youth umbrella group which would allow young people from around the world to engage with the aviation community on sustainable aviation, with progress expected as soon as end October.

On day one of the Stocktaking event, participants took part in a vibrant discussion on the development of sustainable aviation roadmaps involving governments and industry stakeholders. Luis Felipe de Oliveira, Director General of Airports Council International, contributed to this session outlining a zero carbon goal for airports, and Germany also announced a funding and demonstration initiative for Power to Liquid (PtL) fuels during this session, as part of a 1.5 Billion Euro funding scheme. The oneworld Alliance also took part, following up on its 2050 net zero emissions target announced at last year’s ICAO Stocktaking with an announcement of its new carbon roadmap to achieve that goal.

Progress and developments were highlighted on reducing emissions through technology, operations, and fuels, with the various sessions being introduced by an update on the status of the ICAO analysis on the feasibility of a global long-term aspirational goal in preparation for the decision in the 41st session of the ICAO Assembly.

The technology session featured presentations from manufacturers and researchers on new aircraft designs to reduce CO2 emissions, and the clean energy session heard a wide range of options on sustainable aviation fuels, hydrogen, and electrification, including updates on the new IRENA report on Reaching Zero with Renewables – Biojet Fuels. SmartEnergy also announced a new partnership with Sunfire during this session on a new PtL fuels project in Iberia.

During the discussions on innovations in airports, operations and infrastructure, it was made clear that a comprehensive green energy transition for aviation would require both cleaner energy and modernized airport infrastructure. This was emphasized by Air Liquide announcing new airport hydrogen partnerships and initiatives.

During the discussion on enablers for a green transition, the International Sustainability and Carbon Certification (ISCC) announced the first three certifications under the CORSIA Eligible Fuels certification standards. ICAO and UNEP-FI also announced a future collaboration to bring together the aviation and the financial services sectors to accelerate green transition investments.

The Stocktaking concluded with a Green Policy Day, opened by Jaco Stremler, Acting Director General of Civil Aviation of the Netherlands. He called for the policy day to be seen as the start of a green policy decade for aviation, with subsequent discussions emphasizing the importance of multi-stakeholder partnerships.

Encouraging closing remarks were made by ICAO Council President Salvatore Sciacchitano, followed by an inspirational message from U.S. Climate Envoy John Kerry encouraging countries at the ICAO Assembly in 2022 to set a long-term goal. The closing session also heard from the High-Level Climate Champion Gonzalo Muñoz, who highlighted the global nature of the industry, and that aviation requires international efforts to achieve its zero target and getting on the right track with immediate actions.

All of the seminar speakers and participants were encouraged to join the ICAO Global Coalition for Sustainable Aviation, a forum for stakeholders seeking to facilitate the development of new ideas and accelerate the implementation of innovative solutions that will further reduce greenhouse gas emissions at source, on the ground, or in the sky.