The coronavirus outbreak: the unprecedented shock to aviation

As COVID-19 continued to impact countries around the world, the Hong Kong Polytechnic University, in cooperation with the German Aviation Research Society (GARS) and the Bremen University of Applied Sciences, hosted the 1st GARS Online Panel Discussion on The Coronavirus Outbreak: An Unprecedented Shock for Aviation — What Now?, via MS Teams. Over 140 participants attended the April 14th meeting.

The meeting and subsequent Panel discussion focused on the following issues:

Previous pandemics (such as SARS, the avian Flu and MERS) had sharp V-shape recovery curves. There weren’t recessions during those times,  COVID-19 is a very different situation. IATA estimates produced at the end of March, based on the 65 per cent fall in worldwide flights and economic recession forecasts at the time, as well as the expected relaxation of travel restrictions through the second half of the year, forecast a reduction of USD 252 billion in passenger revenues compared to 2019. By early April however, the number of worldwide flights were down 80 per cent. The industry was virtually grounded except for cargo and repatriation flights, and domestic services in the United States and Asia.

Air travel recovery will critically depend on the health measures enacted by governments. Domestic markets may begin to recover during the third quarter, but international travel will likely take a much longer time. The latter is critical to the airline industry where international traffic represents 67 per cent of the total revenue passenger-kilometres performed.

With the changes in business practices forced by this pandemic (social distancing, virtual meetings, etc.), questions arise. What changes will airlines see in their traditional markets? Will the new norm lead to a reduction in the lucrative business travel segment? Will the less remunerative market involve tourism or visiting relatives and friends?

The need to keep supply chains moving, whether for medical equipment and supplies or other urgent necessities, and the loss of belly-hold cargo capacity as passenger flights are virtually grounded, has already forced some airlines to use passenger aircraft for cargo services. With the collapse of fuel prices, airlines may be tempted to convert some of their less fuel-efficient older aircraft for cargo.

Even before this crisis, the air transport industry was fragile. The improvements in the financial results for the industry that have been seen in the last few years were driven by about 30 airlines with a long tail of weaker air carriers. Outside the top 30, balance sheet debt levels are high. Many airlines will have fixed obligations of debt to service and repay. Airlines are quickly running out of cash. Governments’ financial resources will be overextended trying to prop up their national economies, and without financial assistance weaker airlines will fail. In the longer run, this will lead to a consolidation of the industry. Some States may wish to nationalize the national carrier in order to guarantee the continuity of their supply chain.

Half of the global aircraft fleet is owned by banks or leasing companies. With the decreasing value of aircraft, these institutions too will start to feel the effects of the downturn in the air transport industry.

If a high number of flights are grounded for a relatively long period of time, when the recovery begins airlines will need to recertify their pilots leading to an increased demand for flight simulator time or training flights if fuel prices remain low. In addition, though aircraft are not in the air, preventive maintenance will need to be carried out on the aircraft that are currently grounded. 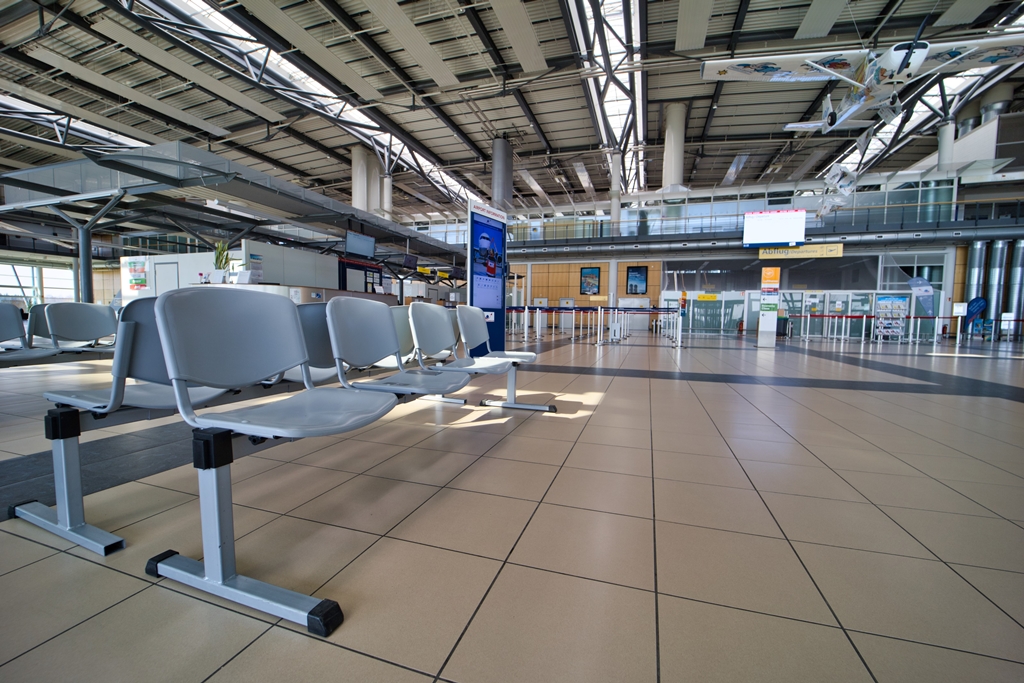 Airports have a lower risk profile than air carriers. Airlines may go bankrupt, but the traffic demand will still be there so someone else will be operating the services.

Though air carriers measure revenue passenger-kilometres, for airports the number of passengers embarking and disembarking is an important metric.  Domestic passenger traffic, which represents some 58 per cent of the total, will start recovering first. International passenger traffic will have a slow recovery as it will depend on the countries opening their borders. Much will depend on the availability of a vaccine and a viable treatment.

Airports will have to invest in new passenger screening technologies for arriving and departing passengers. Boarding and security areas will have to be redesigned to allow for more spacing, all of which will require capital. Larger hubs have a greater ability to finance themselves but for small airports, this remains a challenge. Non-aeronautical revenues will be slow to recover as they largely depend on international traffic.

There will be a greater orientation towards air cargo as e-commerce expands. It is likely that new distribution centres will be located at airports.

The development of tourism is intricately linked to that of air transport. When tourism will restart will depend on when countries will start reopening their borders to discretionary travel. Initially, passengers will be using the vouchers many airlines offered in lieu of cancelled flights.

Travel for tourism is a discretionary expenditure. Given the current situation and that so many have lost their jobs, there is the question of whether people will have the means to travel. Many who are still employed have had to use their vacation days to be paid during the lock-down. The “fear factor” is also likely to play a role in how fast people will return to travel by air.

The European Union and the US Federal Aviation Administration have dispensed with the issue of airport slots. However, there may be also some bilateral agreements with similar “use it or lose it” conditions attached to traffic rights that may need to be resolved.

More liberal rules on air carrier ownership and control rules may need to be adopted as many States may not be able to financially support their national carriers. In addition, given the importance of air cargo in keeping the supply chains open, governments may wish to review the international regulatory arrangements involving cargo flights.

Very few countries have large domestic networks such as the United States and China. Others, because of their large territorial mass (such as Australia and Canada), need to maintain a viable domestic air transport system. In Europe, the traffic is mainly between the member States of the European Union. The evolution of this traffic will largely depend on the individual States willingness to open their borders.

Some concern was expressed regarding how States will react during the recovery stage. There was a fear that in order to protect their national carriers States may rollback all the progress that has been achieved during the last 25 years in liberalizing the air transport sector.

Governments will also need to make funds available to air navigation service providers as the significant drop in flights will have greatly reduce their income. Advances in technology may lead States to merge flight information regions and share air navigation services with their neighbours.

The full recording of the online Panel discussion is available here.

ICAO actively monitors the economic impacts of COVID-19 on civil aviation and regularly publishes updated reports and adjusted forecasts. The latest version can be viewed here, with full reports made available here.