When she addressed Africa’s aviation leaders last week in her opening of the 2021 AFI Aviation Week, ICAO Secretary General Dr. Fang Liu highlighted the tremendous potential future for aviation in Africa that could be achieved through the realization of regional commitments and underscored the critical role aviation should play in States’ pandemic recovery planning.

Over recent years, overall safety confidence and performance in the AFI region has improved in tandem with a dramatic decrease in the number of Significant Safety Concerns (SSCs), from seven in 2015 to just one in 2021.

Assistance provided to States by ICAO Regional Office Safety Teams (ROST) through the AFI Plan, coupled with partner support provided to various States, played a big part in achieving this result, with many AFI Plan support activities have provided even since the advent of the pandemic. Nonetheless, the AFI Region’s EI average is still below the global average and continues to fall short of the 60% EI target set by the Abuja Declaration (2012), highlighting the importance of maintaining current momentum on the AFI Plan work programme.

Similarly, continued improvement and effective coordination under the AFI SECFAL Plan is being achieved, in particular, with respect to ongoing virtual support to State-specific projects, the conduct of limited scope USAP CMA audits, the promotion of ICAO’s Year of Security Culture (YOSC) workshops, the delivery of AVSEC and FAL implementation packs (iPacks), and the coordination of courses and seminars

Building on this momentum, the Secretary General highlighted that air transport growth rates in Africa were among the fastest in the world prior to COVID-19, noting however that “we must also recognize together that recent results could have been much more robust if not for persisting regulatory barriers, financial constraints, and the slow pace of air transport liberalization here.”

ICAO is assisting African States in more effectively addressing ICAO’s policies and guidance on the economic regulation of international air transport, in collaboration with a variety of regional multilateral organizations. A high degree of priority has been assigned to the implementation of Assembly Resolution A40-9 – the Consolidated statement of continuing ICAO policies in the air transport field, and the relevant outcomes of the Sixth ICAO Air Transport Conference.

“In order for ICAO economic policies and guidance to be suitably customized to the African context, we must first ensure due alignment among the Lomé Declaration on air cargo development in Africa, the Antananarivo Declaration on sustainable air transport development in Africa, and the Single African Air Transport Market (SAATM) as outlined in the Yamoussoukro Decision (YD),” Dr. Liu remarked, noting that the implementation of the two Declarations is currently being monitored by ICAO through State Air Transport Action Plans (SATAPs), and via activities conducted in accordance with Recommendation 10 of the ICAO Council Aviation Recovery Taskforce (CART). 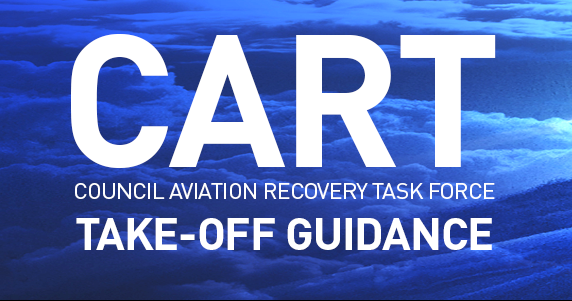 The CART Recommendations provide significant guidance to the region’s aviation leaders as they address the fact that air transport performance in Africa declined by 58% in 2020 compared to 2019, with 78 million fewer passengers flying last year.

For this reason, the Secretary General stressed the importance of the implementation of the CART Recommendations by States as part of their recovery strategy, along with the proper consideration and adoption of the latest medical and scientific developments. She highlighted in particular the critical importance of massive vaccination of the population to spur public confidence and stimulate travel, particularly in Africa, where vaccination rates are very low.

On this point, Dr. Liu, encouraged African States to attend and contribute to ICAO’s High Level Conference on COVID-19, which will take place in October 2021 under the theme “One Vision for Aviation Recovery, Resilience and Sustainability beyond the Global Pandemic.” The event is expected to generate global consensus on a multilateral approach, encourage strong political momentum, and result in heightened commitment among States towards the safe and sustainable recovery of aviation from the COVID-19 crisis.

As part of her AFI Week activities, the Secretary General also addressed the Eighth Meeting of Directors General of Civil Aviation of the AFI Region (AFI-DGCA/8), which took place on Friday.