Aviation is essential to the economic development of cities, countries and regions everywhere, but governments can only optimize its benefits by addressing the sector’s critical infrastructure and resource needs in their national development strategies.

That’s one of the key messages being conveyed jointly by ICAO and international aviation’s most prominent organizations in the special new 2017 report released this week.

The new Aviation Benefits report, aimed mainly at government Ministers and national planners, contains a summarized checklist of the steps to be taken to maximize air transport’s socio-economic influence. It presents helpful overviews of the related investment and partnership priorities to be pursued, as well as comprehensive regional summaries showing how aviation is improving prosperity all over the world. It helps to underscore the symbiotic links between positive tourism impacts and the level of aviation connectivity established in a given city or territory.

“Well over a billion tourists are crossing international borders each year,” remarked ICAO Secretary General Dr. Fang Liu, “and over half of these are travelling by air to their destinations – in fact over 80% in many island States. Aircraft also transport some 35% of world trade by value, and the lowering costs and expanding routes across our network mean that the economic benefits from tourism and other aviation connectivity impacts will only increase in the years ahead. This trend is further reinforced by the dramatic forecasts we’re seeing for future air traffic growth.” 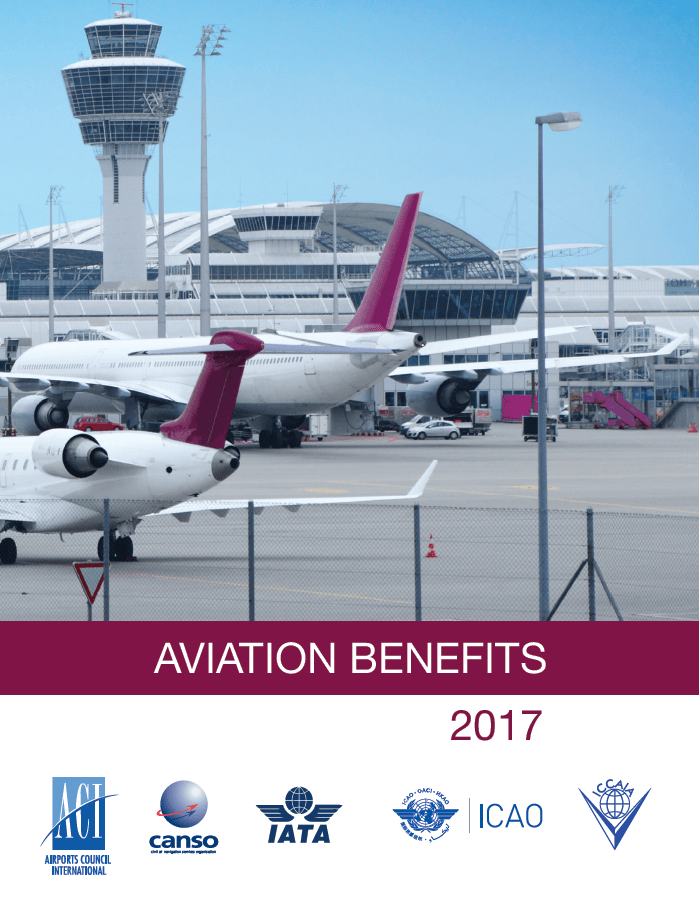 “ICAO works hard to foster effective partnerships between donors, investors and needful States, and to assist governments in developing solid business cases with clearly defined returns for their major air transport development projects,” Dr. Liu added. “We have mapped out how well-supported air services greatly aid governments in attaining 15 of the 17 UN SDGs, and this report helps to reinforce for Ministers and government planners everywhere the importance of integrating their aviation development needs into their broader national development strategies.”

As the UN agency for aviation, ICAO directly supports these partnership and project planning priorities each year during its high-level ICAO World Aviation Forums, the next edition of which will be held late November in Abuja, Nigeria.

You can view the 68-page 2017 Aviation Benefits report here.