ICAO Secretary General Dr. Fang Liu brought a clear message this week to the State leaders and heads of international organizations attending the High-level Dialogue of the Belt and Road Forum for International Cooperation in Beijing that more targeted and determined investments in aviation development would be a key contributor to the overall success of the China’s new and expansive initiative.

Speaking at the Thematic session of the Forum, organized by the People’s Republic of China and conducted in Beijing on 14-15 May, Dr. Liu highlighted how air transport connectivity between States and economic sectors promotes a wide range of direct and indirect socio-economic benefits.

“A key dynamic for the Belt and Road partner States to appreciate is the direct relationship which exists between investments in aviation development, and returns in terms of sustainable socio-economic prosperity for local citizens and businesses,” Dr. Liu stressed. “States which make commitments to support fully ICAO-compliant air transport operations, as well as modernized airport and air navigation infrastructure, will inevitably grow their tourism and trade revenues, open up new markets and supply routes for local producers, expand their tax bases in aid of long-term planning certainty, and develop a solid foundation from which to ensure sustainable socio-economic prosperity, well into the future.”

The Chinese Government proposed to build the Silk Road Economic Belt and the 21st Century Maritime Silk Road which is referred often as the “Belt and Road” initiative. The Chinese objective of the Belt and Road initiative is to boost interconnectivity and infrastructure development by working together with States along the Belt and Road,  reviving the ancient trade routes.  Connectivity on policy, infrastructure, trade, finance and people are declared to be the focus.  The Belt and Road Forum was the highest level gathering thus far to discuss this initiative  which attracted 29 foreign heads of state as well as Ministers and government officials from over 130 countries, including 70 international organizations.

The ICAO Secretary General  made it clear to all that the civil aviation network is projected to double its volume of flights and passenger by 2030, and that this growth holds tremendous economic potential which will support all the States in achieving the United Nations’ 2030 Agenda for Sustainable Development.

“The call to action I propose today is therefore very simple: invest in aviation development and align your air transport policy objectives with those of your national development plans. Doing so will be essential to your overall  Belt and Road objectives, and to your achievement of the Sustainable Development Goals under Agenda 2030,” she remarked. 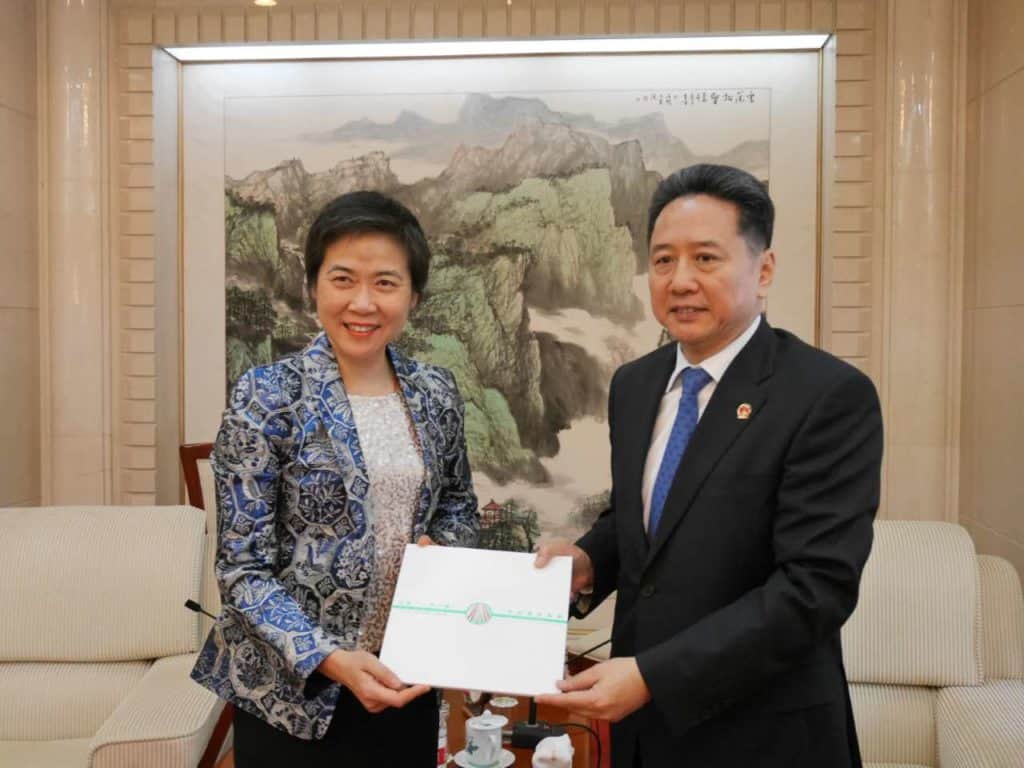 On the sidelines of the Belt and Road Forum, Dr. Liu signed an agreement of international cooperation on behalf of ICAO with the Administrator of China’s Civil Aviation Authority and in presence of the Minister of Transport.

On 15 May, Dr. Liu signed a new agreement on Economic and Technical Cooperation with the Chinese Vice Minister of Commerce wherein the Chinese Government pledged to give a grant of US$ 4 million to ICAO for projects relating to safety, security and sustainable development of air transport.

On 16 May, Dr. Liu called on the Minister of Transport of China, Mr. Li Xiaopeng, and discussed some of the challenges Asia and Pacific States can experience in achieving effective ICAO compliance. She thanked the Minister for the Government of China’s support for the ICAO Regional Office in Bangkok, as well as its Regional Sub-office in Beijing which focuses on air traffic management advancement. ICAO Regional Director for the Asia and Pacific Region, Mr. Arun Mishra accompanied Dr. Liu on the trip.