Airport Construction and Expansions to Cope with Capacity Constraints

Sufficient airport capacity is critical for a safe, efficient and competitive aviation system. There isn’t much flexibility for airport capacity expansion, given the long planning and construction cycles needed. In contrast, airline capacity continues to see significant growth. As reported by ICAO’s UnitingAviation.com, in 2016, the world Available Seat Kilometres (ASK) increased by 6.4 per cent compared to the previous year. This, among other factors, highlights the potential for capacity constraint at airports.

The latest ICAO long-term traffic forecasts indicate that world scheduled passenger traffic, expressed in terms of Revenue Passenger Kilometres (RPK), will grow 4.6 per cent annually until 2032. By the year 2032, the world scheduled RPKs are expected to reach 12.4 trillion, which would almost double the 6.6 trillion in 2015. Given this forecast trend, aviation decision makers have paved the way for infrastructure construction and expansions to help cope with the surging demand for air travel. This is particularly important in regions where the aviation industry has become a significant economic engine.

The Asia and Pacific region, which accounted 33 per cent of the world’s ASKs in 2016, had the largest share of world ASK capacity offered. It also showed the highest ASK growth with 7.9 per cent Year-on-Year (YoY) – and new and expanded airports are mushrooming everywhere. In China, where domestic and international traffic demands keep strong growth by 10.3 per cent and 19.3 per cent, respectively, 30 airports are under construction at the moment.  There are 44 airports that will begin construction over the next five years,  and 139 airports will be expanded or transformed. Beijing airport reported 94.39 million passenger traffic in 2016. A new airport in Beijing will be completed in 2019 to accommodate the nation’s strategy of city cluster development.

In Europe, which is in second place with its 26 per cent share of world ASK capacity, there are more than 450 airports that are facing an impending capacity crunch. In Turkey, a third international airport with the projected traffic capacity of 150 million per annum is under construction in Istanbul, demonstrating the nation’s strong ambition to enhance its competitiveness as the gateway from Asia to Europe. There are also other airports undertaking expansion or transformation in Austria, the United Kingdom, Sweden, Finland, Denmark, Poland, Luxembourg and Estonia.

The North American region, which grew by 4.9 per cent and accounts for 23 per cent of the world ASK capacity, takes a different mode to improve capacity by upgrading its airport infrastructure. Redevelopment and renovations are underway at major airports such as LaGuardia, Los Angeles and Tampa. Orlando airport is building a new terminal and O’Hare airport in Chicago has started construction of its sixth parallel runway.

In Africa, where the third highest ASK growth with 5.5 percent was recorded, airport infrastructure expansion continues. Ethiopia has launched major infrastructure projects to increase the capacity of its airport in Addis Ababa by 2018. The new international airport in the capital city in plan estimated to be completed in 2024. South Africa features the terminal expansion in Cape Town. Despite delays, Angola’s new international airport is scheduled for open in 2017. Nigeria has embarked construction of new terminals in four airports. Kenya, Uganda, Rwanda and Zambia are also on an expansion drive.

In Latin and Caribbean America, with the lowest ASK growth of 2.1 per cent, there are also airport infrastructure projects moving forward. Expansion of the current El Dorado airport is continuing in Colombia to meet increasing demand. A new airport is scheduled to be opened in 2020 in Mexico’s capital city. Phase one of this project will include three runways and annual passenger capacity of 50 million. 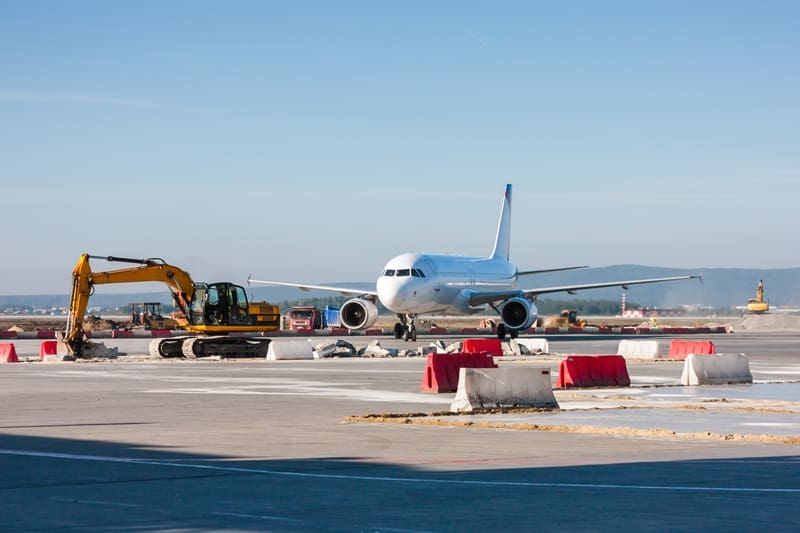 As long as the capital investment is secured for their duly completion, all of these projects are expected to remove the hurdles in airport capacity to accommodate the traffic growth. Meanwhile, foreseeably ten of thousand jobs will be created as a result of these projects, enabling the airport to continue being the major contributor of economic development of the regions.

Airport congestion impacts flight schedules and operational activities. Not only can this lead to delays, but there is also a socio-economic cost, through a lowering of the number of offered destinations and flight frequencies. In some cases, congestion may lead to higher costs of flying due to the negative impact that capacity constraints have on competition between carriers. The decrease in air connectivity also affects the levels of trade, tourism and investment, with potential adverse effects on economic growth.

In cooperation with International Transport Forum at the Organisation for Economic Cooperation and Development (ITF-OECD), ICAO is currently in the preparatory stage for a joint-study on constrained traffic forecasts. This study will look at airport congestion and how aviation infrastructure can be adapted to keep pace with the forecasted growth in aircraft movements.

Experts will also meet for the Sixth Meeting of the Airport Economics Panel and the Air Navigation Services Economics Panel (AEP-ANSEP) from 23 – 25 May 2017 at ICAO Headquarters in Montréal, Canada. The Meeting will address, among other topics, funding and financing issues related to infrastructure development, as well as business cases analyses that can support States in considering related investment decisions on infrastructure.