World Results and Analyses for September 2018 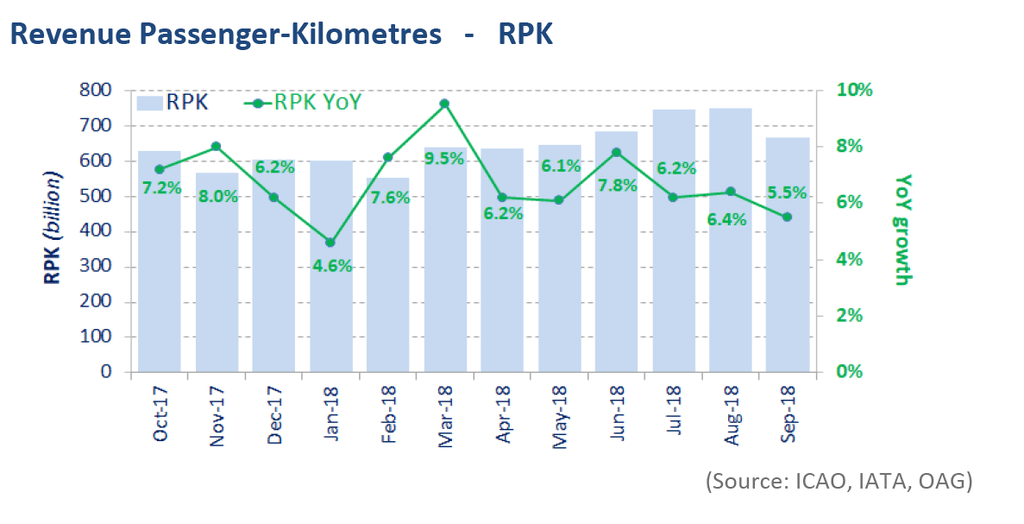 World passenger traffic grew by +5.5% YoY in September 2018, -0.9 percentage point down from the growth in the previous month. This growth was the slowest in the last eight months, impacted by the flight disruptions due to the typhoon in Asia/Pacific and weaker performance in the Middle East. On the positive side, Latin America/Caribbean and North America recorded slight acceleration. India’s domestic travel demand remained strong and recorded the fastest growth followed by China and the Russian Federation. 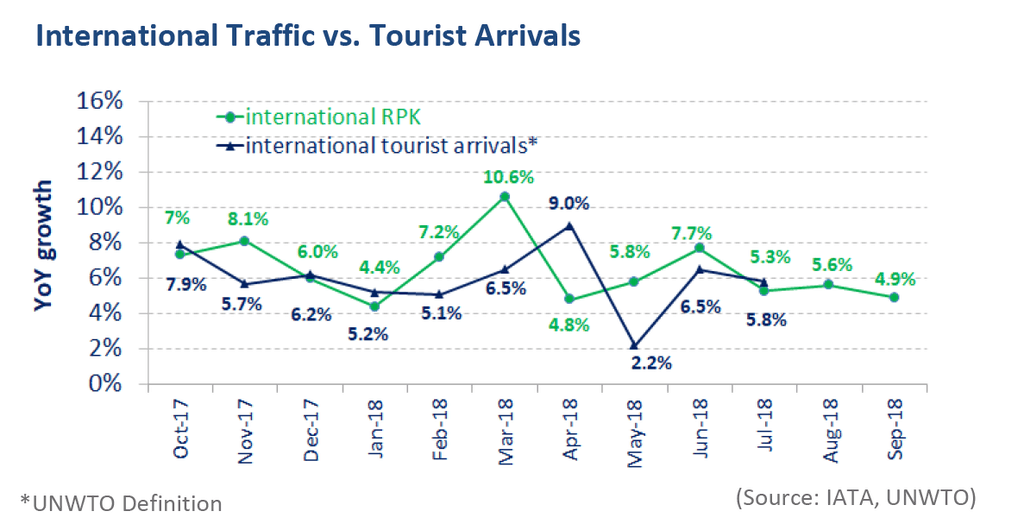 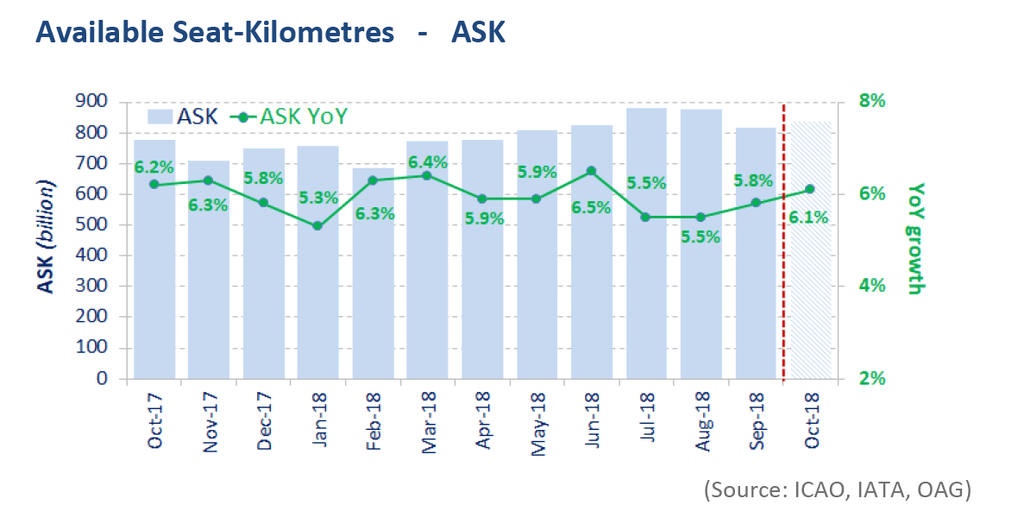 Capacity worldwide increased by +5.8% YoY in September 2018, +0.3 percentage point higher than the growth in the previous month (+5.5%). In response to the passenger traffic demand, the expansion of capacity is expected to be at +6.1% in October 2018. 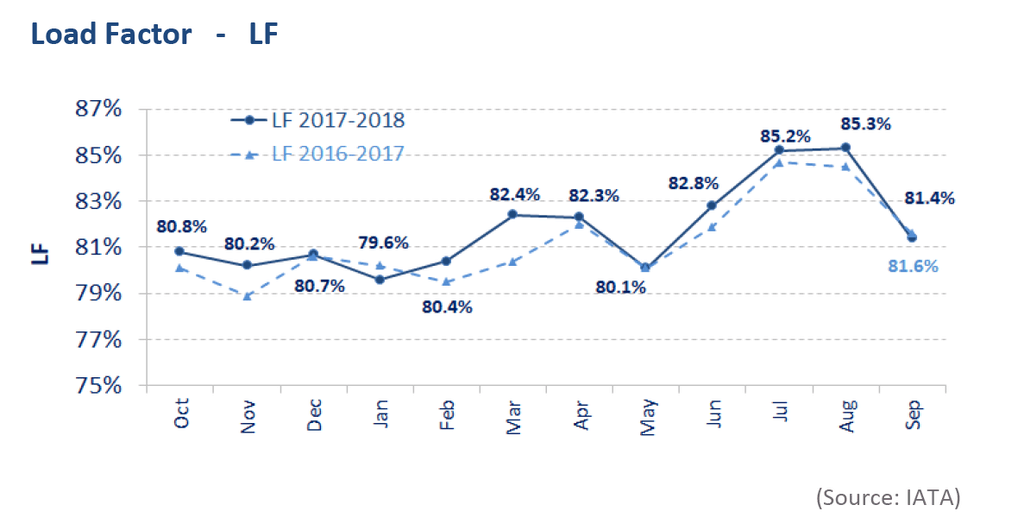 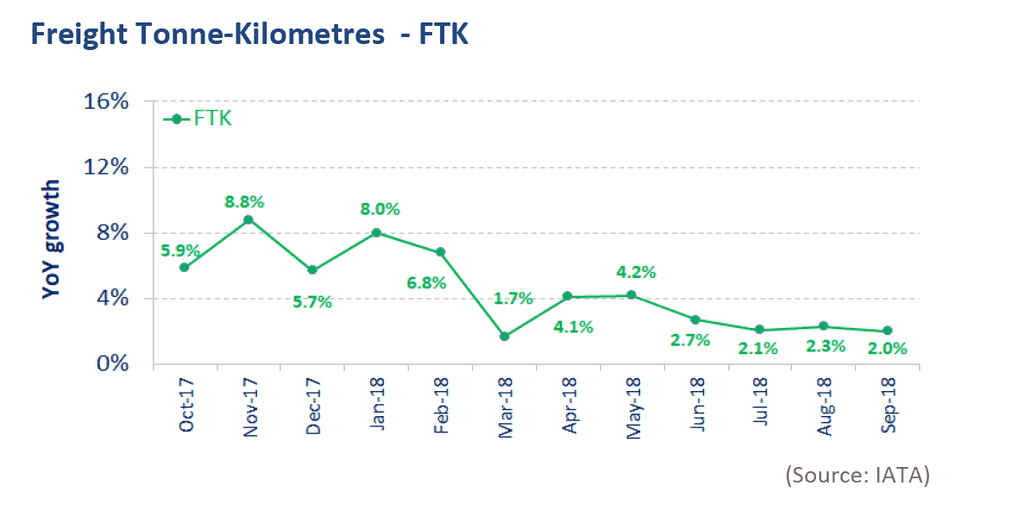 World freight traffic grew by +2.0% YoY in September 2018, -0.3 percentage point lower than the growth in the previous month. This slowdown reflects an overall weakening in world trade. The three largest regions of freight traffic, Asia/Pacific, Europe and North America, posted a deceleration with subdued growth of less than +2.0%, impacted by the recent trade tension. The Middle East recorded the highest growth among all regions, helped by improvements in the key markets to/from Europe and Asia. A slight improvement was also observed in Africa; however, the region remained as the only one with negative growth for the fifth consecutive month, reflecting weaker demand to/from the region. 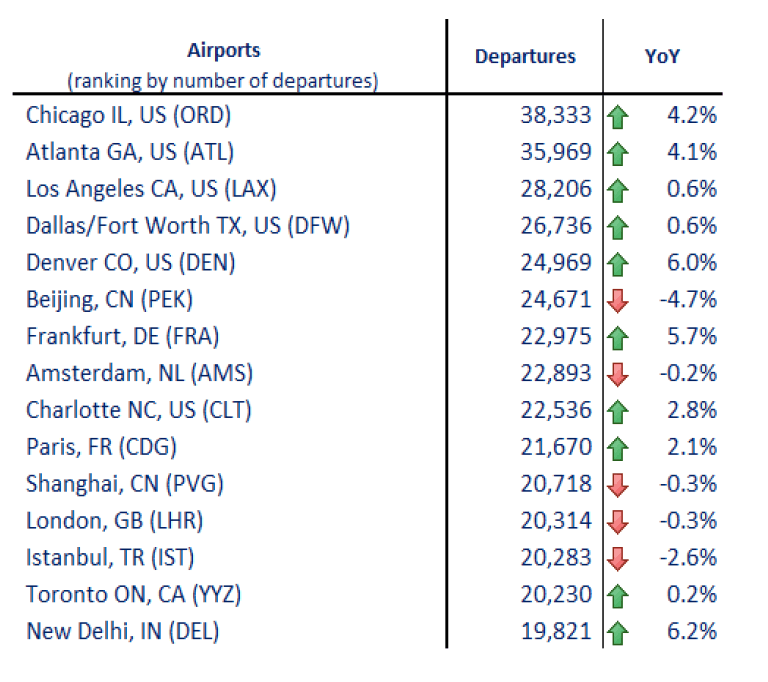 In terms of aircraft departures, the Top 15 airports reported a growth of +1.7% YoY. Ten out of the Top 15 airports posted YoY increases. The strongest growth in operations was recorded by New Delhi at +6.2%, owing to its strong domestic travel. Beijing and Istanbul posted a decline of -4.7% and -2.6%, respectively. 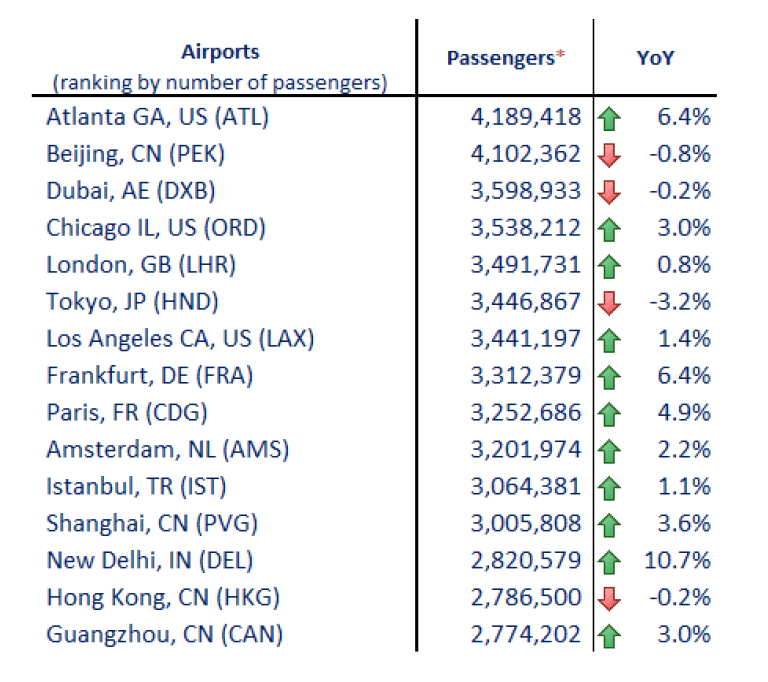 In terms of passengers, the Top 15 airports reported a growth of +2.4% YoY. Eleven out of the Top 15 airports posted YoY increases. Tokyo reported a significant decline at -3.2% due to the severe weather conditions. New Delhi recorded the fastest growth in passenger traffic by +10.7%, followed by Atlanta and Frankfurt,  both at +6.4%. 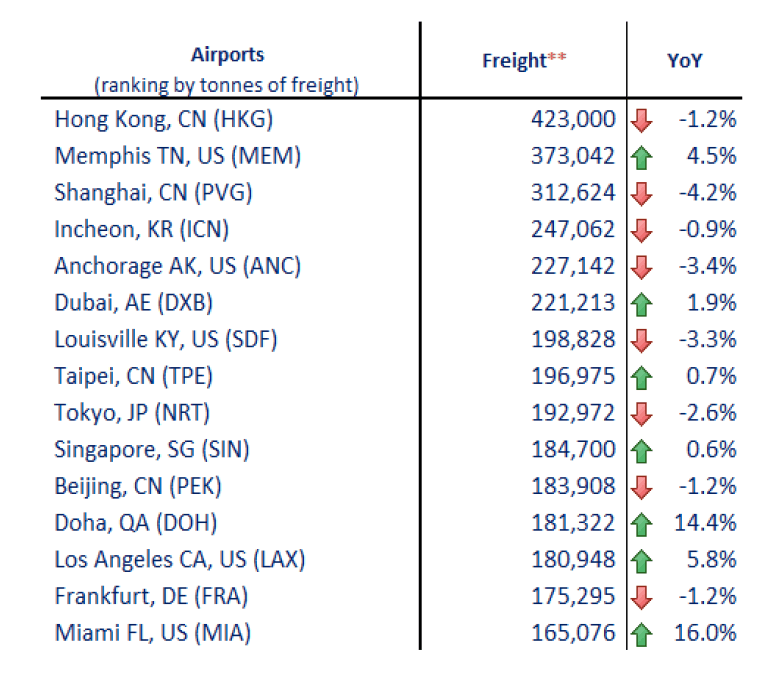 In terms of freight, the top 15 airports reported a growth of +1.0%. Only seven out of the Top 15 reported a growth. The strongest growth was recorded by Miami FL at +16.0%, and Doha +14.4%. Shanghai posted the biggest decline of –4.2%, due to weaker conditions for manufacturing exporters in Asia/Pacific. 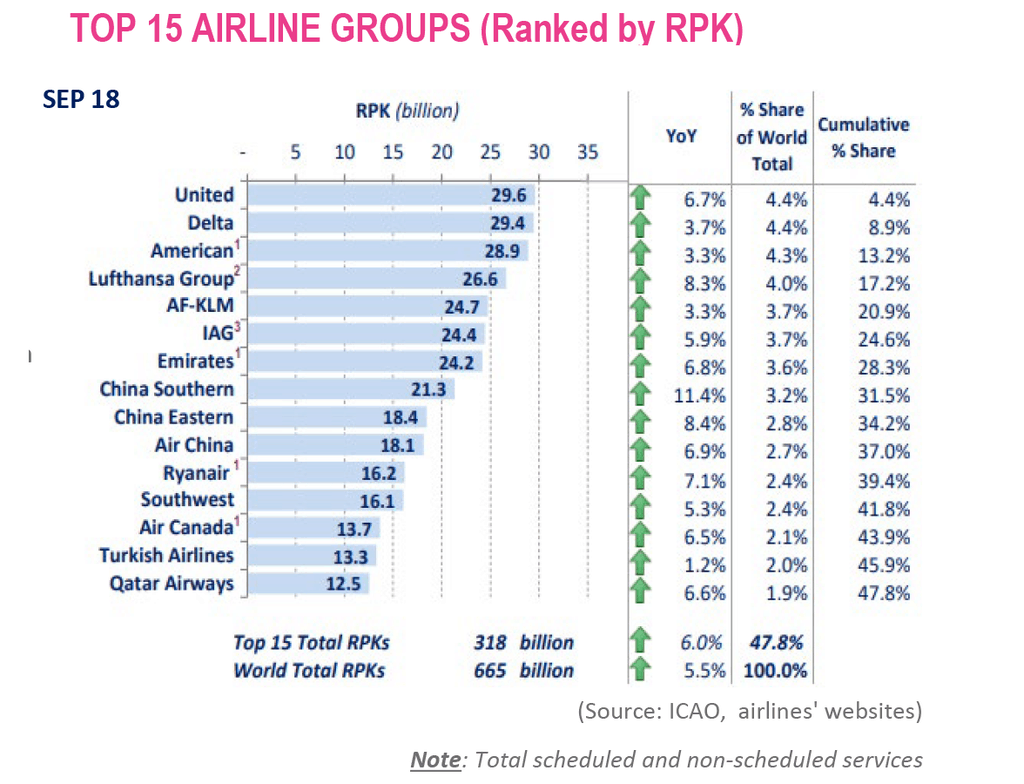 Emirates posted a growth of 6.8% and remained 7th. Qatar Airways dropped by 1 position to 15th with a slowdown in growth at +6.6%.

Major airlines in Asia/Pacific continued to grow robustly, with China Southern recording the fastest growth by +11.4% and ranked 8th. China Eastern grew strongly by +8.4% and ranked 2 positions up to 9th. Air China grew by +6.9% and dropped by 1 position to 10th.

Asia/Pacific and the Middle East experienced a deceleration in capacity increase compared to the previous month.