World Results and Analyses for June 2019

World passenger traffic grew by +5.0% YoY in June 2019, +0.5 percentage point higher than the growth in the previous month. This growth indicated continuous recovery since the sharp slowdown observed in March, although remained below the average pace in the last twelve months. All regions recorded improvements in growth with the most notable acceleration in Africa and the Middle East, respectively. Russian Federation continued to record the fastest domestic traffic growth, followed by China and India.

International passenger traffic grew by +5.4% YoY in June 2019, +1.1 percentage points higher than the growth in the previous month. Both Africa and the Middle East posted significant recovery and became the fastest-growing regions.

World freight traffic reported a decline of -4.8% YoY in June 2019, -1.4 percentage points lower than the growth in the previous month. Freight traffic continued to trend downwards and reached its lowest level in the last twelve months, reflecting the global trade tensions. All regions posted negative growth, except for Africa, which remained as the fastest-growing region, albeit with a slight slowdown compared to a month ago. For the second-consecutive time, the Middle East experienced the most substantial fall and posted the weakest performance. This was followed by the three biggest freight regions, Asia/Pacific, North America and Europe. 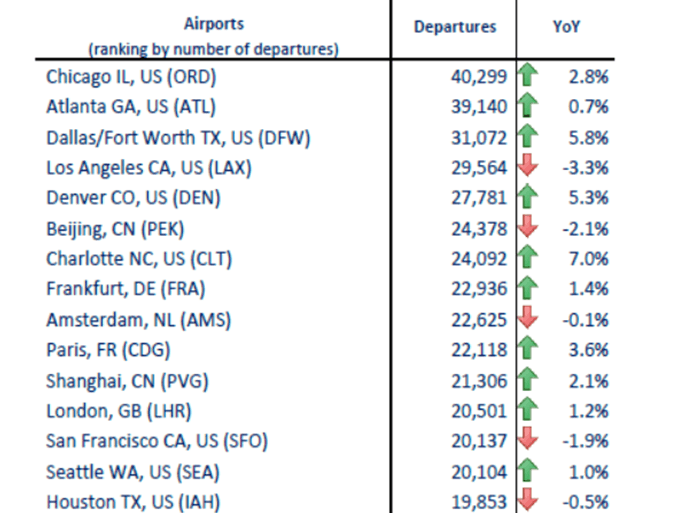 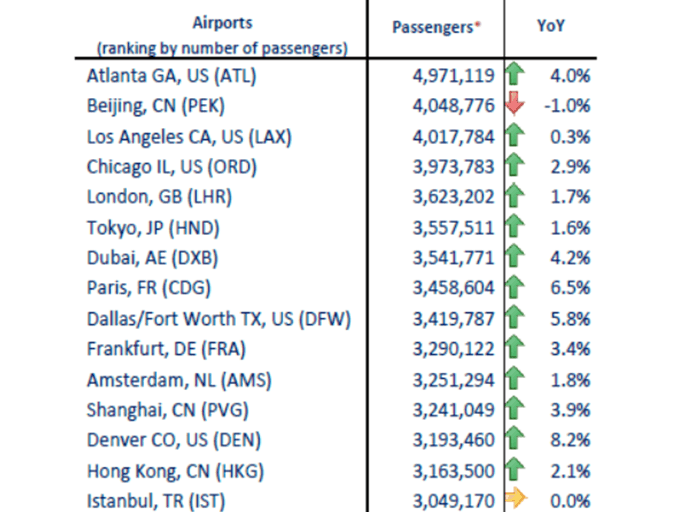 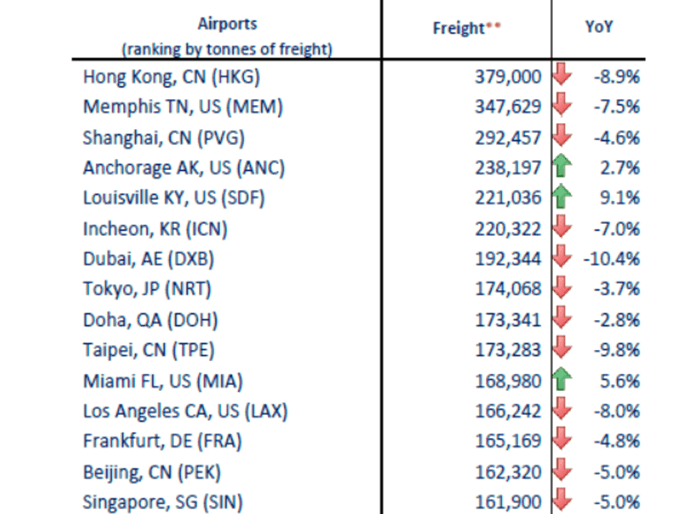 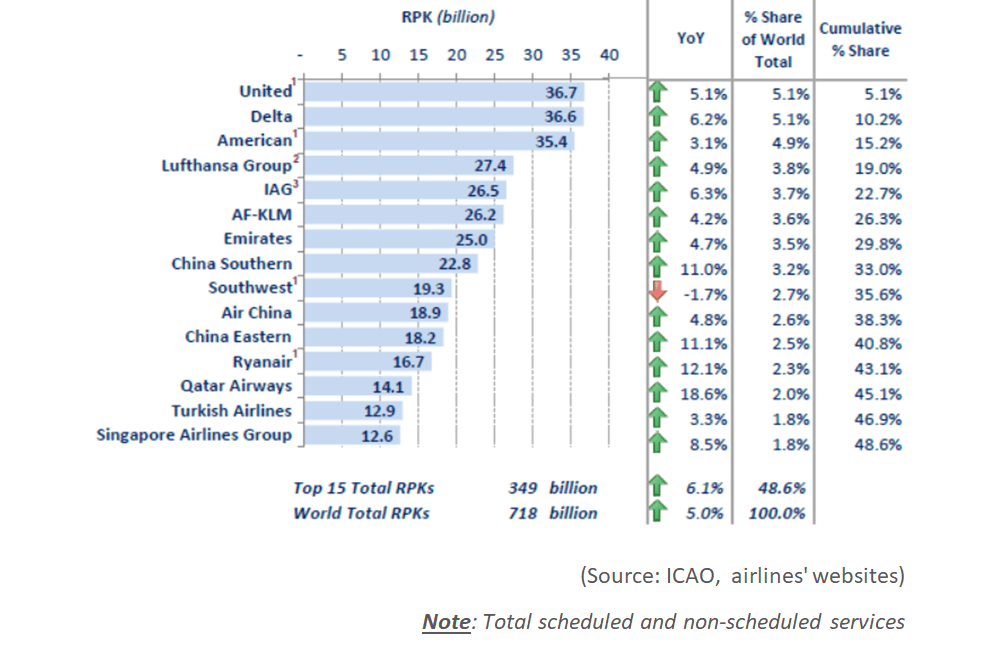 Emirates posted a growth of 4.7% and ascended 1 position to 7th. For a third-consecutive month, Qatar Airways recorded the highest growth among the Top 15 airlines at +18.6% while remained at 13th.

Lufthansa retained its position of 4th with a growth of +4.9%. With an increase of +6.3%, IAG elevated 1 position to 5th. AF-KLM grew modestly at 4.2% and dropped 1 position to 6th. Ryanair continued to grow strongly by +12.1% while remained at 12th. With a relatively slower growth of +3.3%, Turkish Airlines ranked 14th.

Both China Southern and China Eastern grew strongly with double-digit growth while remained at the position of 8th and 11th. With a moderate increase of +4.8%, Air China ranked 1 position down to 10th. Singapore Airlines grew solidly by +8.5%, and remained at 8th.

Worldwide capacity expanded by +3.3% YoY in June 2019. All regions posted growth in capacity expansion, with the most notable acceleration in Africa. However, a slight slowdown was reported by Latin America/Caribbean and North America, making them the slowest growing regions in their respective order. Africa, followed by Europe became the regions with the fastest capacity expansion.