Air cargo services are a tremendous enabler for economic progress in developing countries, since they connect markets across continents. High value and perishable products like food and flowers are transported all over the world, providing steady employment and sustainable economic growth to regions that benefit from such trade.

To increase the power capacity in Madagascar, an island nation off the southeast coast of Africa, Hassanein Hiridjee, the Head of the Malagasy conglomerate the Jovenna Group, purchased a former thermal power plant. The power station based in the coastal city of La Reunion, was decommissioned in 2013 and had to be replaced by a more modern facility.

The new power station was installed in Antananarivo, which was 1,200 meters above sea level and more than 350 kilometres away from the nearest port. It would have been too challenging for a truck convoy to navigate the small winding roads and bridges to get to the Malagasy capital. 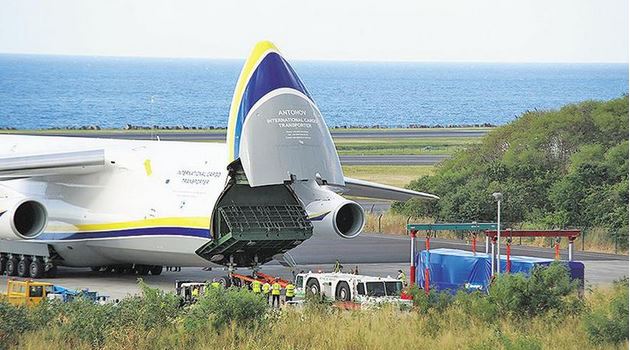 The most appropriate mode of transport was air cargo, transportation that enabled rapid deliveries of two turbines and alternators weighing 170 tonnes each. There were 950 kilometres separating the two islands; the shipments were loaded on four flights for the journey.

Hiridjee pointed to the sustainability the develop will bring to the nation, “This project will strengthen the electrical capacity and provide access to electricity to people who do not have it currently”.

In total, the Jovenna Group invested 40 million Euros in the operation which included the upgrade of the power station. The power station is expected to be be operational in the first quarter 2017 and will provide electricity to about 20,000 homes.