Where do today’s airline pilots come from?

Every year CAE works with more than 300 airlines and trains more than 120,000 pilots, connections that give them unique insights into both market and industry needs. After analyzing the requirements and projected growth in passenger air traffic, CAE revealed their insight to the broader industry through the Airline Pilot Demand Outlook publication they released in June 2017. Though we are sharing excerpts from their 10-year analysis in this article, the full publication is available online here.

The number of pilots required per aircraft is primarily determined by aircraft utilization and related regulations. All commercial aircraft require at least one licensed captain and a second pilot, who is either a captain or first officer, in the cockpit. To maximize aircraft utilization, airlines need to adequately crew their aircraft. The majority of today’s airlines fly fleets of regional aircraft, narrow-body jets and wide-body jets to serve a variety of short-, medium- and long-range routes with aircraft size and seat capacity optimized to match passenger demand.

Over the last 10 years, the increase in aircraft utilization resulting from efficiency improvements has driven a slight growth in the average crew ratio and is expected to remain at a similar level over the next decade.

Most national regulators impose a mandatory retirement age of 65 for airline pilots. Other reasons for leaving the workforce include early retirement, the pursuit of a non-flying career, loss of medical fitness, etc.

The Americas have the highest average pilot age. North America’s high percentage of senior pilots reflects significant recruitment activity in the 1980s and 1990s as airline deregulation expanded the industry and major hubs were developed. The recent consolidation of network carriers and their focus on efficiency slowed new hiring. Europe has seen an influx of younger professional pilots over the past 15 years which can be partially attributed to the rapid expansion of LCCs. In addition, many experienced European pilots have moved to the more
rapidly growing Middle East and Asia-Pacific regions. This has left Europe with the youngest average pilot group of any region.

As experienced captains retire, a chain reaction of pilot upgrades and new hires is triggered. For example, the departure of an experienced wide-body captain creates the need to upgrade a first officer to fill the vacant seat. This then creates downward pressure on airlines to develop and upgrade more first officers and captains.

Airlines are not just looking for first officers to fill the right seat. They’re looking for candidates with the potential to become captains within their organizations. As an industry, we must continuously improve and adapt our assessment and selection processes for different regions and airlines to reflect pilot competency requirements.

Careful matching of individual aptitude with airline needs will allow airlines to identify candidates today who can evolve into their future captains.A thorough screening and selection process performed early in the training process has proven to be very successful in identifying candidates with the right mix of language proficiency, flying skills and attitude to evolve into high-quality pilots.

In addition to identifying future potential captains, airline requirements can be used to assess if the candidate, whether an aspiring cadet or a direct entry pilot, will be able to flourish within the airline’s culture. For example, one airline might need a pilot willing to travel for extended periods prior to returning home, while another airline might only offer daily short-haul return flights. An in-depth mapping of airline needs along with a multifaceted assessment of each candidate can correctly match the right candidate with the right airline.

While onboarding 255,000 new first officers, the industry also needs to transition 180,000 pilots into captains by 2027. The aviation industry continues to raise the bar for pilot training and increase its expectations of pilots. At the same time, we’re seeing much faster promotions to captain.

A few years ago, it was common to see a co-pilot spend eight to ten years working in the right seat before becoming captain. Today, first officers are given the opportunity to upgrade with much less seniority than in the past. In fact, it’s not uncommon to see a pilot taking full command of an aircraft after only a few years as a co-pilot.

This steeper pilot learning curve places additional stress on the current training system. It’s becoming a challenge to train to the new standards in the time allocated. As a result, the need for remedial training is increasing.Although remedial training is a valid mitigation tactic, it impacts operations as pilots are removed from line flying to undergo addition training. To adapt to today’s realities and ensure pilot readiness, we must improve training effectiveness.

Emerging training and technology innovations that integrate training data with line performance data can help build such an approach. 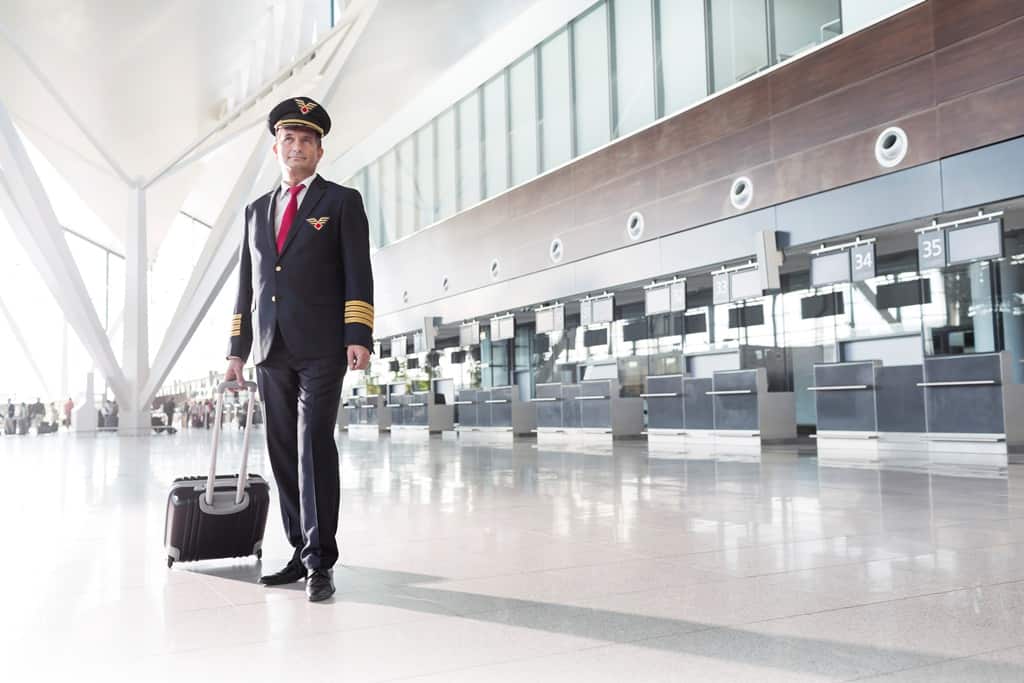 By providing an instructor with data-driven training insights, the instructor can adapt the training session to be more effective. This yields tools the instructor can leverage to objectively assess pilot performance. Through a better understanding of the pilot’s profile, the instructor is able to adapt training and delivery to better address the competency gaps. A word of caution: not all senior pilots are effective instructors. We must look for instructors with the right mix of teaching and communication skills to ensure we provide the most effective training.