Setting the standard: the collaborative approach to unlocking the potential of space-based ADS-B

~This story was originally published by NAV CANADA. You can read more of their articles about Canada’s air navigation system, by visiting their blog here.

Recently NAV CANADA celebrated the successful launch of air traffic control services using Aireon’s space-based Automatic Dependent Surveillance-Broadcast (ADS-B). For the first time in the history of aviation, air traffic controllers can now receive complete, real-time air traffic position data of all ADS-B-equipped aircraft in airspace that was not previously covered by ground-based surveillance. Many organizations across the industry were involved in different facets of this effort with one common goal in mind ‒ leveraging this exciting new technology to optimize air traffic safety and efficiency.

For transatlantic flights, space-based ADS-B is revolutionary. It has enabled air traffic controllers and airlines to optimize operations and has offered a new capability to reduce the separation between equipped aircraft, introducing flexibility and enhanced efficiency to flights transiting the North Atlantic.

Behind the scenes, years of hard work and collaboration were required to establish these new separation standards with ICAO supporting the full potential of this ground-breaking technology.

“It all starts with a good idea,” says Noel Dwyer, NAV CANADA’s National Manager, Regulation and International Procedures, about proposing new standards or procedures within ICAO, where it typically takes about two years – for an initial proposal for a new or improved Standard, Recommended Practice or procedure to be formally adopted or approved.

However, depending on the nature, complexity and priority of the proposal being considered, the time may be considerably longer. Given the innovative nature and complexity of space-based ADS-B, it took about seven years for NAV CANADA’s new separation standards proposal to receive ICAO approval.

“When we got wind of space-based ADS-B technology, it was all theoretical,” says Dwyer. “We’d already been using ground-based ADS-B in Canada but could you put receivers in space and make something good happen?”

The answer was a “theoretical” yes. NAV CANADA immediately saw the significant potential of this technology and the real benefits that could be achieved. The NAV CANADA Operational Analysis team quickly went to work to develop a space-based ADS-B business case analysis for the North Atlantic. This analysis would prove critical in attracting business partners for the creation of Aireon. 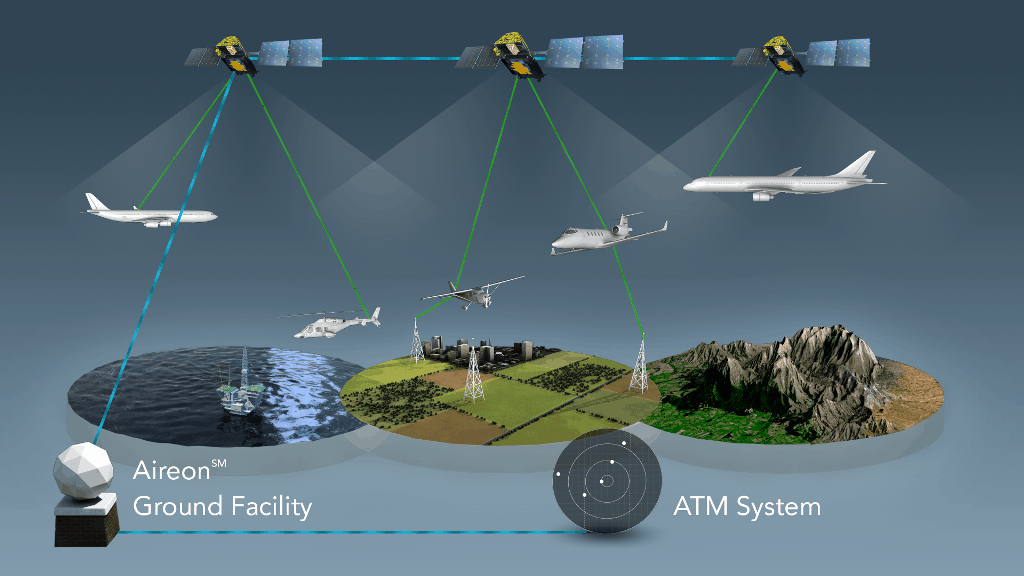 It would also allow NAV CANADA to be granted a recommendation from the 12th Air Navigation Conference to develop space-based ADS-B technology as part of the Global Air Navigation Plan. This was the springboard to begin the work with ICAO, and the whole infrastructure needed to change the rules. This was back in 2012.

The primary focus for changing longitudinal and lateral separation standards for space-based ADS-B was oceanic airspace, where there was no surveillance. However, the existing collision risk models for creating separation standards in this airspace could not be used. They did not allow for a time component related to the update rate of surveillance position recording that space-based ADS-B would now provide.

“The old models were based on theory, as opposed to real data input with regard to risk time,” says Peter Friedrichs, NAV CANADA’s Senior Analyst, Strategy Consulting and Analysis. “Risk time being comprised of time between position updates and time for intervention, should an aircraft do something incorrectly or unexpectedly.”

New collision risk models for space-based ADS-B had to be developed from scratch. These new models would require a higher degree of fidelity to allow for adjustments to the time component that would demonstrate a safe reduction in separation between aircraft. A distinct section dedicated to communications would also be included in the new models.

That is where the real collaboration began. The way in which ICAO and the Separation Airspace Safety Panel (SASP) operates, participants work with Member States, and organizations, gaining from the expertise of others for the global good. A consensus is required to move a proposal forward and all proposals should recognize global benefits.

“There was a lot of collaboration outside of ICAO SASP. In order to kick-start it all, we had to bring together a core team,” says Friedrichs.

Before the first presentation was made to SASP in 2014, there had been at least a year and a half of work completed, just to “get the ducks lined up” according to Friedrichs. Gathering the right people with the proper expertise – supporters, as well as the mathematicians and analysts who could help with the collision risk aspects.

Some of the key organizations involved in this process were Air Services Australia and NATS in the United Kingdom. There was also valuable input provided by the Federal Aviation Administration in the United States.

NAV CANADA also actively engaged Transport Canada, and they were involved right from the development stages. The Company knew that contributions from Transport Canada would be valuable and their awareness and understanding of this global undertaking would be essential to ensure that the proposed new standards could be implemented in Canada.

“This project showcased NAV CANADA’s skill and expertise at a global level. We needed to show leadership that would drive change in the aviation industry and our people came through, as seen through the willingness of ICAO and international state experts, to support the space-based ADS-B initiative.”

As an international standard, the collision risk analysis work was held to the highest scrutiny and spanned seven SASP meetings and over 120 papers before being accepted by SASP for submission to the Air Navigation Commission.

In May 2018, NAV CANADA received ICAO approval for new longitudinal and lateral separations with space-based ADS-B, to be used globally.

Space-based ADS-B over the Atlantic will now allow controllers to trial the reduction of aircraft in-trail separation distances from 40 nautical miles to as little as 14 nautical miles, offering much more flexibility and predictability.

Though there were challenges along the way, opposition and obstacles to overcome, the team persevered and succeeded. According to Dwyer, this was an important demonstration to ICAO members of NAV CANADA’s ability to drive progress and innovation within the industry. “This project showcased NAV CANADA’s skill and expertise at a global level. We needed to show leadership that would drive change in the aviation industry and our people came through, as seen through the willingness of ICAO and international state experts, to support the space-based ADS-B initiative.”

This process took several years and countless dedicated people within NAV CANADA, and internationally – proving the power of collaboration in most successful endeavours. The game-changing benefits and value of space-based ADS-B cannot be overstated and this technology has already been compared to the introduction of radar almost 80 years ago.

Implementation of the reduced separation standards began being phased into operation in the Gander and Edmonton Flight Information Regions as of March 25, 2019. They have shared all of the details on their Space-Based ADS-B web page.