The impact of aviation training on one man’s career

I should open this by saying that I still feel new to the aviation industry.  I vividly recall my conversation with the Mayor of Atlanta about the appointment. When he brought me into his office and told me he needed me at the airport to replace the outgoing CFO, I was the Deputy Chief Financial Officer for the City of Atlanta.

I had never worked at an airport.

He assured me this did not matter.

In January of 2011, I started my airport aviation career at Hartsfield-Jackson Atlanta International Airport (H-JAIA), the world’s busiest and most efficient airport.

At H-JAIA I quickly rose to Deputy General Manager/Chief Financial Officer and after three years, when the Mayor was looking to replace the retiring General Manager of the airport, very surprisingly, my name was being floated as a possible replacement.  While I was amused by this notion, the mayor quickly squashed the rumors by stating that I did not have enough industry experience to run an airport.

And he was right.

My career goals never involved working at an airport, let alone running one. At the airport my most immediate ambition was to become completely immersed in understanding the aviation industry and more specifically, how airports work.  I would then apply my financial experience and acumen with the hopes of putting H-JAIA in the best financial position to achieve its goals and objectives.

I was able to achieve this goal by building a great financial team and by setting and reaching financial targets.  We achieved seven bond rating agency  upgrades in my first five years.  Knowing that we would have a new capital improvement programme underway in the near future, this was critical.

As I established a new baseline of excellence in financial management for H-JAIA, I knew I had to expand how I could add high value as a Deputy General Manager. I needed to understand every aspect of how an airport is managed and the role it plays in the aviation industry.  The natural path of this additional knowledge was through the Airport Management Professional Accreditation Programme (AMPAP).  I truly believe that sometimes during a career one needs a lot of luck or an “alignment with the stars” to create a path to continued growth.  It just so happened that the newly appointed General Manager at H-JAIA was a huge supporter/promoter of the AMPAP programme, so I began my journey to airport aviation enlightenment with AMPAP as the vessel.

My initial AMPAP course was not the Gateway course, Air Transport, but instead an elective, the Airport Executive Leadership Programme (AELP).  Again, I think the stars aligned for me.  The class was held in Canada and I had the chance to meet Dr. Pierre Coutu, who was the AMPAP Programme Director.  His address to that class set me in motion, with the proper mindset for how AMPAP can accelerate the narrowing of the chasm that existed between me being a novice in this industry, and the knowledge I would need to make an impact through my role.

In addition to Dr. Coutu, those taking the course with me also proved to be a source of inspiration.  The majority of them were at the tail-end of their IAP certification requirements.  The number of different nationalities in the course escapes me, but it truly felt like the United Nations for the week we were together.  The camaraderie that was displayed was incredible.  I realized after that first course that there was a universal commitment to making this industry the best worldwide.  My tempo and addiction for industry excellence was set in motion.

I approached each subsequent programme course with that mindset.  Reflectively, when I started at H-JAIA, I was told by so many during my first few weeks that this industry will get in your blood and never leave.  As I started my AMPAP journey I understood what they meant. I was smitten.

To be clear, a programme like AMPAP is not an easy journey.  If you could put your job on hold then maybe, just maybe, it would be a bit easier – AMPAP is a very consuming effort – requiring uncompromising commitment.  Each course involves coursework and discussions on topics that are relevant to the day-to-day activities that an airport professional encounters.

The group assignment was by far the most interesting part of each course; the way each group was unknowingly formed, always seemed to create a great group dynamic.  With the majority of all coursework done through the Portal, managing to complete the group assignment was a challenge, but each group member was committed to making it work. Again, the spirit of camaraderie was present.  There was no greater feeling, and relief, than that found when you completed all the coursework to be certified as an International Airport Professional. 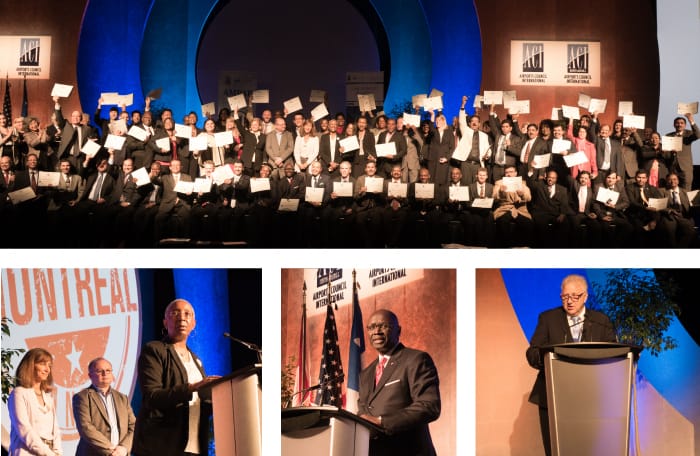 I completed my programme and was a proud member of the 2016 graduating class and was even selected as class valedictorian.  At that time I had been named Interim General Manager of Hartsfield-Jackson Atlanta International Airport. Four months later I was confirmed as General Manager of H-JAIA.

Though this appointment is still incredible to me, I am prepared to face this challenge and opportunity.  As I matured through each of my AMPAP courses, I recognized the leap of faith and confidence that was rising within me that only comes from the acquisition of knowledge.  Each day in this new role brings with it new, ever-changing dynamics.  I am ready.

I was humbled to have spoken to the 2016 AMPAP graduating class, an audience that included many of the 118 graduates from around the world who received the coveted international airport professional designation. Each of us had a different story that led us to that day, but as different as our stories were, there was a common thread that bound us all: we were fortunate that those before us had the vision and commitment to understand that this industry requires a collective set of rules and standards of excellence.

AMPAP was our vessel. The programme is so meticulously designed and administered, that it creates a sense of excellence that is unparalleled. Its existence was founded on the premise of sharing ideas and knowledge across an industry that means so much to each of us. AMPAP has become the definitive tool for developing airport professionals around the globe.  I went on to thank the AMPAP team and instructors, and both ICAO’s Secretary General and ACI’s Director General and my own former General Manager for his commitment to this programme. In the class of 2016 there were 18 graduates from Hartsfield-Jackson Atlanta International Airport.

AMPAP has been a great experience.  It provided me with analytical tools and intellectual confidence. It gave me best practices, strategies, and an immense pool of resources that I can draw upon.  Make no mistake, AMPAP is not an easy journey.  It becomes part of your daily calendar and sometimes takes late nights into early mornings.  But it helps to know that others are also making this journey with you, across different time zones, nations, and continents.  Those you meet along the way keep you going and focused.

We entered an era where the next wave of highly skilled airport professionals is taking the reins worldwide.  And with so many challenges before us, our class is ready to rise up and meet these challenges, armed with the knowledge and commitment that our support does not stop at our doors but spans across all the nations and continents that are a part of ACI and ICAO.

The Global ACI-ICAO Airport Management Professional Accreditation Programme (AMPAP) is a strategic initiative born from a partnership between ACI and ICAO that launched in March 2007. In recognizing the challenges and complexity that constitute airport management, AMPAP seeks to develop a new generation of airport leaders in all functional areas of the airport business and promote the adherence to the highest professional standards and effective sharing of best managerial practices. This is carried out in a cross-cultural, highly interactive learning environment.

AMPAP is universally available to airport executives. Successful completion provides its candidates with the opportunity to broaden their career horizons as they earn the ACI-ICAO International Airport Professional (IAP) designation. The IAP designation has quickly earned a reputation as a hallmark of excellence among the global airport professional community. AMPAP participants are spread across all continents in over 100 countries. 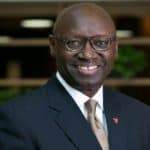 Roosevelt Council, Jr. became General Manager of Hartsfield-Jackson Atlanta International Airport in January of 2017, after holding several positions at the airport. He has more than 30 years of experience as a financial professional.  He has served as CFO with the City of Atlanta and with the State of Georgia Technology Authority.