Gender equality linked to the continued expansion of aviation

This article has been extracted in part from the third edition of the World Civil Aviation Report. The special 75th-anniversary edition of the publication provides States and the industry with a comprehensive perspective on the status and progress of international air transport.

To ensure women and girls have full and equal access to and participation in science, and further achieve gender equality and the empowerment of women135 and girls, ICAO committed to the United Nations 2030 Agenda and the respective Sustainable Development Goals (SDGs). In fact, SDG number 5, “Achieve gender parity and empower all women and girls” is one of ICAO’s highest priorities and has remained a strong focus in recent years.

In 2016, the 39th Session of the Assembly endorsed the proposed Resolution A39-30, ICAO Gender Equality Programme: promoting the participation of women in the global aviation sector. In this Resolution, the Assembly requested the Secretary General to report annually to the Council on the measures implemented and the
progress being made in promoting gender equality at all levels of staff categories in the Secretariat, and on aviation gender equality statistics, to the extent that they are provided on a voluntary basis, in States and the international aviation industry. 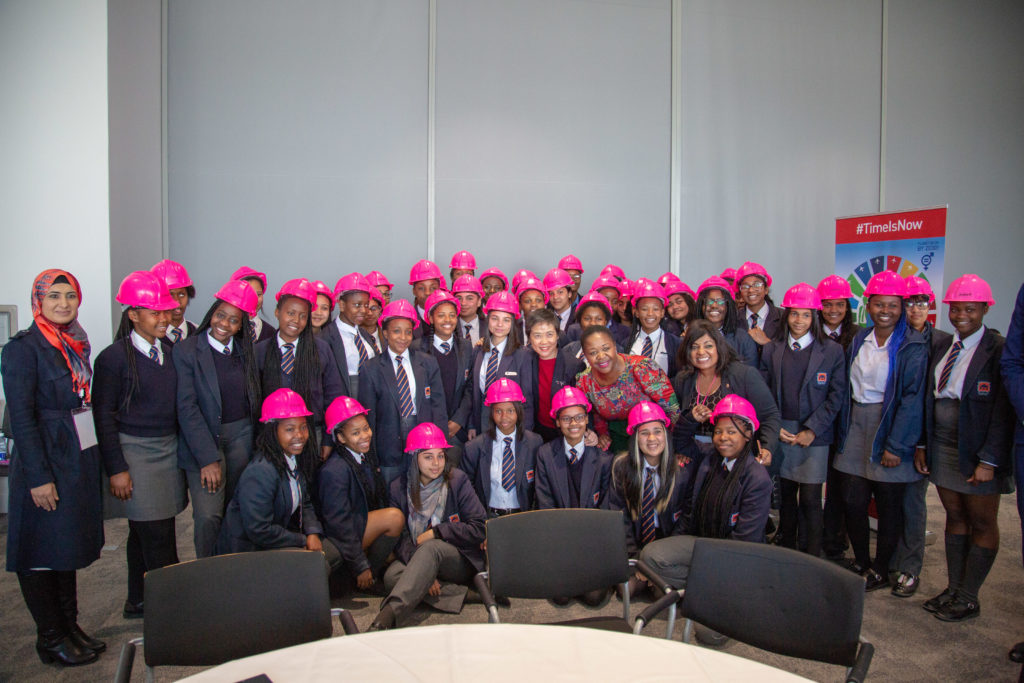 In 2017, ICAO established a Gender Equality Programme, with the primary aim of facilitating and coordinating targeted programmes and projects to enable progress towards the aspirational goal of gender equality by 2030, especially in Professional and higher levels of employment, within ICAO, and within States and the global aviation sector.

To facilitate planning, monitoring and reporting, the action plan has been subdivided into specific topics covering a broad spectrum of activities that include: gender architecture and oversight; human resources; capacity-building; training; communications and more.

The actions are broad in scope. Some specific to ICAO, others focus on Member States, government and policymakers, and some are directed towards the role of the global aviation industry. The overall perspective is that coordinated efforts at a global level are necessary for the aviation sector to successfully implement the Gender Programme and that responsibility remains with us all.

From this Gender Equality Programme, ICAO has made huge strides in increasing awareness and creating a greater understanding of the issues and challenges in attracting, developing and retaining women within the aviation sector globally.

The air transport sector is expected to grow exponentially over the next decade. In 2017, the sector directly or indirectly supported the employment of an estimated 65.5 million people worldwide and contributed United States dollars (USD) 2.7 trillion in global gross domestic product (GDP). In 2018 alone, around 120,000
flights transported over 12 million passengers and around USD 18.8 billion worth of goods each day. Historically, air transport has doubled in size every fifteen years and has grown faster than most other industries.

Globally, the aviation industry is male-dominated and the pool of potential female candidates is limited, especially at the highly technical and senior-levels. Diversity and inclusiveness are grounding principles for gender equality and have proved to result in greater innovation and competitive advantage. 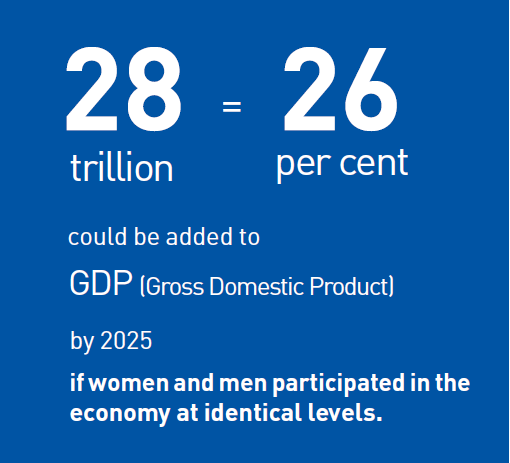 Increasing the number of women within the aviation sector is a viable option in response to the estimated shortage of employees across the sector in the coming years. Getting young girls interested in science, technology, engineering and mathematics (STEM) is crucial in developing the next generations of women in aviation and sustaining female representation in the industry over the long term.

The United Nations Educational Scientific and Cultural Organization (UNESCO) reports that girls appear to lose interest in STEM subjects with age, particularly between early and late adolescence. This affects participation in advanced studies at the secondary level, including those fields of study that would lead to aviation-related careers. In 2017, the World Bank reported that the proportion of women receiving engineering or computer science degrees in specific countries actually fell between 2004 and 2014.

The reasons for this are multiple and complex, but three things seem to be significant:

UNESCO advocates that these issues require “a systematic, comprehensive, integrated, sustainable, multidisciplinary and multisectoral approach” that should lead to a gender response which is mainstreamed in national legislation, policies and programmes.

A 2015 Report by the McKinsey Global Institute found that USD 28 trillion, or 26 per cent, could be added to the global annual GDP by 2025 if women and men participated in the economy at identical levels. However, women continue to be underrepresented in managerial positions, especially at the senior and middle management levels. In most of the 67 countries where data exists, less than a third of senior and middle management positions were held by women between 2009 and 2015. 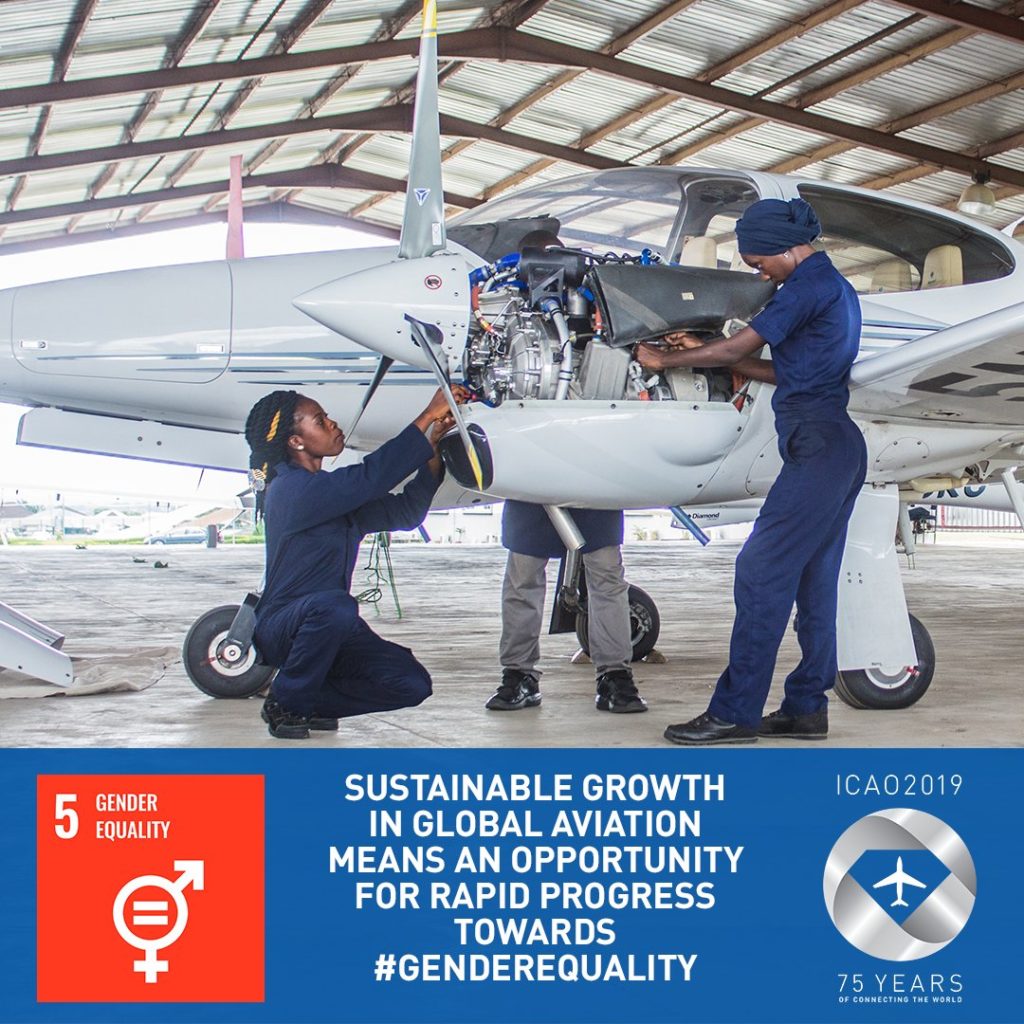 Gender equality is a basic human right. Many individuals, societies and organizations are continually exerting efforts to sustain inclusiveness. However, in a wide range of cultures, varieties of social norms inhibit girls’ and women’s access to education or jobs and therefore their ability to enter the labour force. Women’s lower participation in the labour market results in fewer opportunities to learn and advance on the job and to have access to opportunities.

When women have the relevant mathematical and technological skills/training, unconscious biases can influence their peers’ recognition of their capabilities and, in essence, their value. According to a 2016 World Bank report, approximately 155 countries have at least one law that limits women’s economic opportunities, 100
countries restrict the type of job a woman can occupy and 18 countries require a husband’s approval for a woman to work. We are all responsible for providing enabling environments for girls/women to pursue and develop careers within the aviation sector and to eliminate existing barriers.

At present, the number of women in the aviation sector is unknown, with only rough estimates, due to incomplete or non-existent gender-disaggregated data. However, for the purpose of collecting and analysing statistics on personnel in global civil aviation, ICAO has amended the States’ reporting forms to include gender-disaggregated data. Employment Statistics of Aviation Licensed Personnel by Gender will be collected for aviation licensed personnel (pilots, maintenance personnel and air traffic controllers) segmented by gender and age.

To achieve impactful change in the global civil aviation sector regarding diversity, inclusion and gender equality, it is essential to have evidence-informed commitments that are sustainable, enshrined in policy and supplemented with concrete plans and partnerships. Gender inequality is complex in nature. It cuts across all sectors, interlinks with other areas of development, and requires solutions from many actors, including those in government, the United Nations, academia, corporations and non-governmental organizations (NGOs).

Increasing gender representation in the aviation sector is not a single-pronged approach. Many changes need to be made to drive results in attracting, retaining, developing and opening up opportunities for women. Strengthening industry awareness globally and developing partnerships and communities of practice in the private and public sectors will create enabling environments for women to pursue studies and careers in aviation.

To attain gender equality and the empowerment of girls and women, ICAO, Member States and the industry must work together on many levels in order to continue to make positive changes.