According to ACI World’s latest World Airport Traffic Report which was published in September, the number of airport passenger departures and arrivals are estimated to have reached 8.8 billion in 2018, an increase of +6.4% over the previous year. As ACI’s members take steps to accommodate this increasing traffic, they look to ACI to provide timely and complementary capacity building programmes like ACI’s Global Training suite of classroom and online designations, with their industry-leading ACI-ICAO International Airport Professional “IAP” and diploma programmes. Programmes like these help ACI members to meet the growing and evolving needs of staff (at all levels), and provide opportunities for further developing their skills in the fields of leadership, innovation, management, safety, security, operations and customer experience.

A new executive development programme now compliments the current “classical” education offering by providing executive-level staff exchanges between ACI members. Exchanges range from groups of senior-level staff who attend one-week study tours, to individual exchanges that are used for executive development. ACI’s members, through their  CEOs and the ACI Regional Human Resource Committees, view this type of programme as an excellent way to develop current and future leaders.

ACI ran a few pilots of the ELEP. One of the participants, Scott Gibbons, IAP, Vice President of Business Administration for the Cincinnati/Northern Kentucky International Airport (CVG), was first to take this programme. These are excerpts of the interview with Scott that was previously printed in ACI’s Passenger Terminal World Magazine. 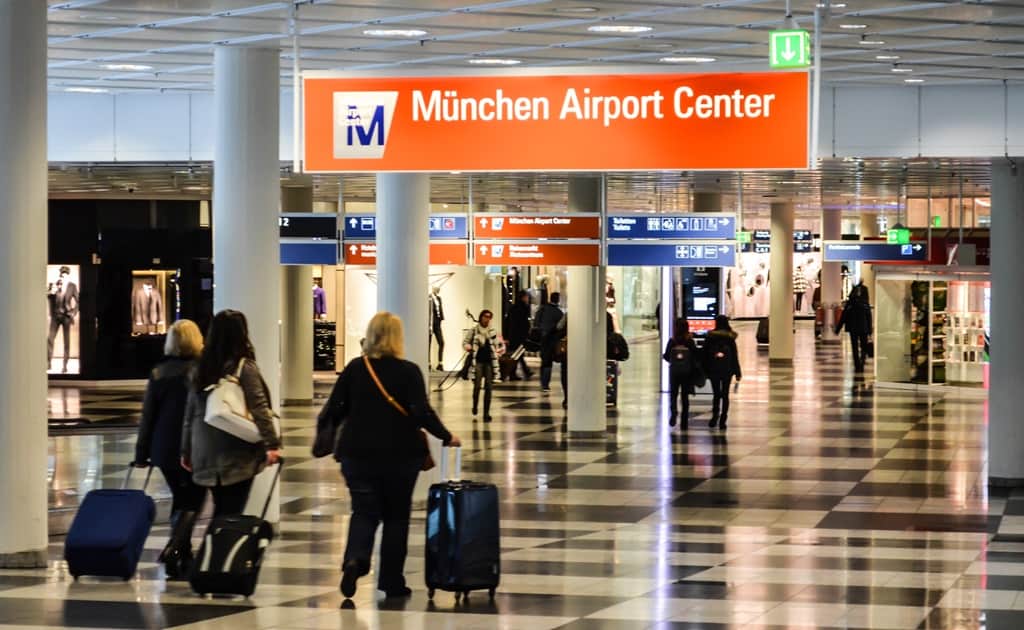 Why did you choose to undertake this programme?

As previously mentioned, I’ve always been interested in an international exchange to another “best in class” airport and personally believe the airport industry will benefit from this unique leadership pathway.

The opportunity to pilot the ELEP programme was presented to me by our CEO, Candace McGraw. She had been working with the chair of ACI Europe, who happens to be the CEO of Munich Airport, to coordinate an ELEP pilot between the two airports. Candace subsequently worked with her colleague at Singapore Changi Airport, who serves as the chair of ACI Asia Pacific, to coordinate another ELEP pilot in the summer of 2019.

How did the programme take place? What activities were you involved in?

The two-week pilot programme took place at Munich Airport in October 2018. The agenda was largely developed by the host airport, with minor input from me based on my areas of interest. My primary goal was to gain exposure in departments or functions where I had no previous experience.

Over the course of two weeks, I observed and shadowed personnel in many departments, from operations to communications to political affairs and insurance systems. I also had the pleasure to meet with Dr. Michael Kerkloh, Munich Airport’s CEO.

What were the key takeaways from this experience?

MUC is an amazing airport that operates differently from CVG and most other airports in the United States. In the United States, most airports are owned and operated by some form of government (state, county or city) and tend to operate as such.

Observing Munich Airport gave me insight as to what the future may look like for CVG and other U.S. airports as we evolve from the traditional governmental model to operating more like the businesses we are.

How has the programme helped your day-to-day work life?

This experience broadened my mindset in terms of what is possible for CVG and other U.S. airports, particularly related to the customer service initiatives and operational services we provide.

Why should other executives get involved in the ACI ELEP Programme?

First and foremost, the ELEP will provide participating airports with the opportunity to strengthen relationships between airports across the industry.

Additionally, individual participants will be able to broaden their networks and relationships in a global setting, while gaining exposure to and learning about leadership opportunities and decision making in a variety of settings.

Is there anything else you would like to add?

I would like to share my sincere gratitude to Candace McGraw, Munich Airport and ACI for the opportunity to pilot the ELEP. I am committed to helping in any way I can to make sure the same opportunity exists for others.
By synergizing the success of the experiences of teams across the globe, ACI members worldwide can make a significant advancement in the achievement of airport excellence.