There in times of need: the humanitarian side of business aviation

Business aviation, widely recognized as a driver of global commerce, plays a less-publicized but vital role in humanitarian support and relief efforts around the world. Business aircraft operators are ideally suited to respond during natural disasters and other humanitarian crises. They can mobilize on short notice, provide aircraft types suited for specific missions, and operate into airports that are inaccessible to larger aircraft. Most importantly, operators are willing to step up.

“I find that pilots – especially business aviation pilots – are the first to sign up whenever help is needed,” said Rudy Toering, President and CEO of the Canadian Business Aviation Association (CBAA).

In spring 2016, the city of Fort McMurray, Alberta saw firsthand the value that business aviation can bring in an emergency. Located in the heart of Canada’s oil sector, the area was devastated by a raging wildfire nicknamed “The Beast” by firefighters.

Business aviators supported emergency teams on a variety of missions from early May, when the fire started, through early July, when the fire was declared under control. “Our people’s can-do spirit has never been more evident than when business aviators worked side-by-side with rescue and firefighting teams with a level of commitment and bravery that moved the country … and the entire world,” said Toering.

Sometimes business airplanes are used to supplement the capabilities of government agencies. For example, during wildfire season in Montana, general aviation aircraft are contracted by state firefighting agencies and the U.S. Forest Service to help keep fires under control. These airplanes take aerial spotters aloft to direct emergency and fire control services below. 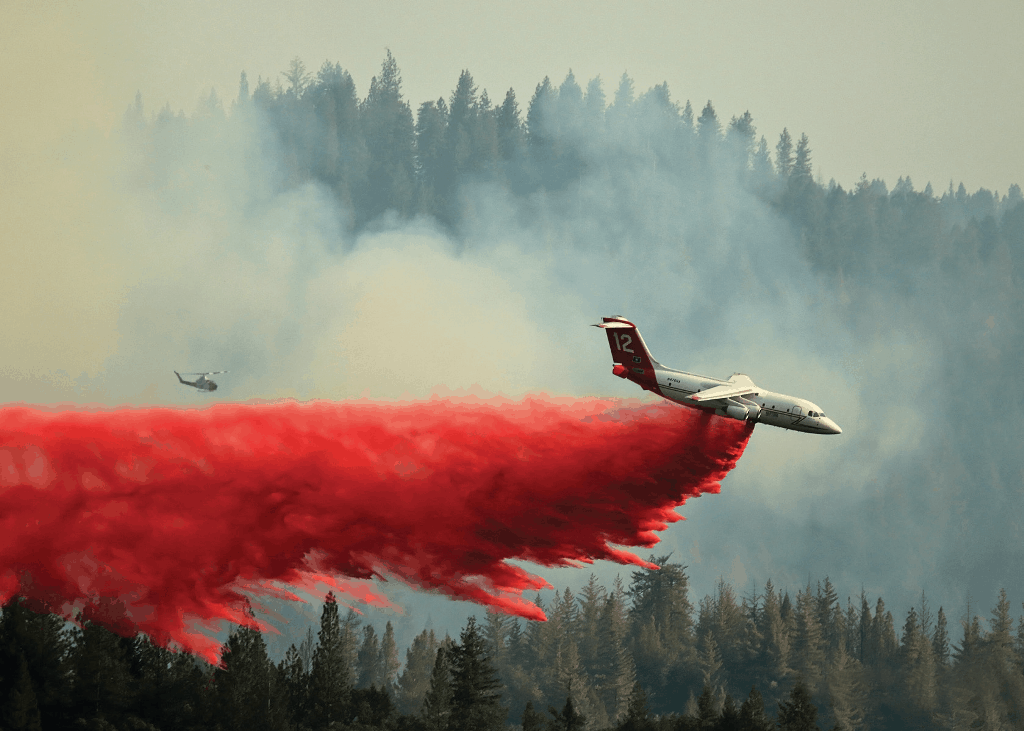 The earthquake that struck the small island nation of Haiti in January 2010 provided another example of how business aircraft operators can quickly mobilize in times of crisis to help solve transportation challenges facing government agencies and non-governmental organizations (NGOs). Nearly 100 business aircraft flew the first mercy flights, providing a key lifeline in the days immediately after a local airport re-opened.

In the weeks that followed, business aircraft flew desperately needed food, supplies and medical personnel to the island. As part of the coordination effort, the National Business Aviation Association (NBAA) developed an online registry for aircraft, other assets and volunteers available to assist in relief efforts. Nearly 400 aircraft, representing the diversity of the general aviation fleet, were included in the registry; the mercy flights were flown by piston singles and twins, turboprops, helicopters and jets. NBAA shared the registry information with the U.S. Department of Homeland Security’s Critical Incident Management Group, the agency that coordinated the American government response to the crisis. The registry also was shared with NGOs coordinating Haiti relief efforts.

An all-volunteer group, CARE (Corporate Aviation Responding in Emergencies), leveraged NBAA’s database to coordinate an air bridge to ferry supplies into Haiti. Missions originating from across the U.S. landed first at Fort Lauderdale (Florida) Executive Airport (FXE) for staging and picking up donated supplies. They then continued on to the Dominican Republic, or smaller airfields in Haiti, such as at Cap-Haïtien.

“Business aviation played a key role in both the immediate response and long-term rebuilding efforts following the earthquake in Haiti,” said Doug Carr, NBAA’s vice president of regulatory and international affairs. “The scenario was a prime example of industry’s ability and willingness to support those in need – something we see from our members every day around the world.”

Other missions are uniquely tailored to business aviation’s capabilities. Supporting organ transplants for children is one example. Organ replacement is highly specialized, with a limited number of medical facilities staffed with the proper professionals and tools to do the job. The number of facilities capable of handling transplants for children is even fewer. In Germany, for instance, there are just a few hospitals equipped to do the procedures, according to Volker Thomalla, CEO of the German Business Aviation Association (GBAA).

Since any organ that becomes available for transplant must be rushed from the donor to the recipient in a short time, business aviation’s flexibility makes it an ideal logistics provider. The complexity of transplanting children’s organs often means that the same surgical team will remove it, travel with it, and implant it in the recipient. Having a multi-seat business aircraft available makes this possible.

Networks of business aviators play pivotal roles in medical treatment transportation around the world. Since 1986, Hope Air has been providing free air transportation for financially burdened Canadians in need of medical treatment outside their communities. It also has a programme that enables operators to match available seats on scheduled business aircraft flights with a child who needs to travel to receive treatment. “Business aviation’s support of Hope Air is one example of its spirit of generosity – always ready to lend a hand and to help the less fortunate,” said CBAA’s Toering. 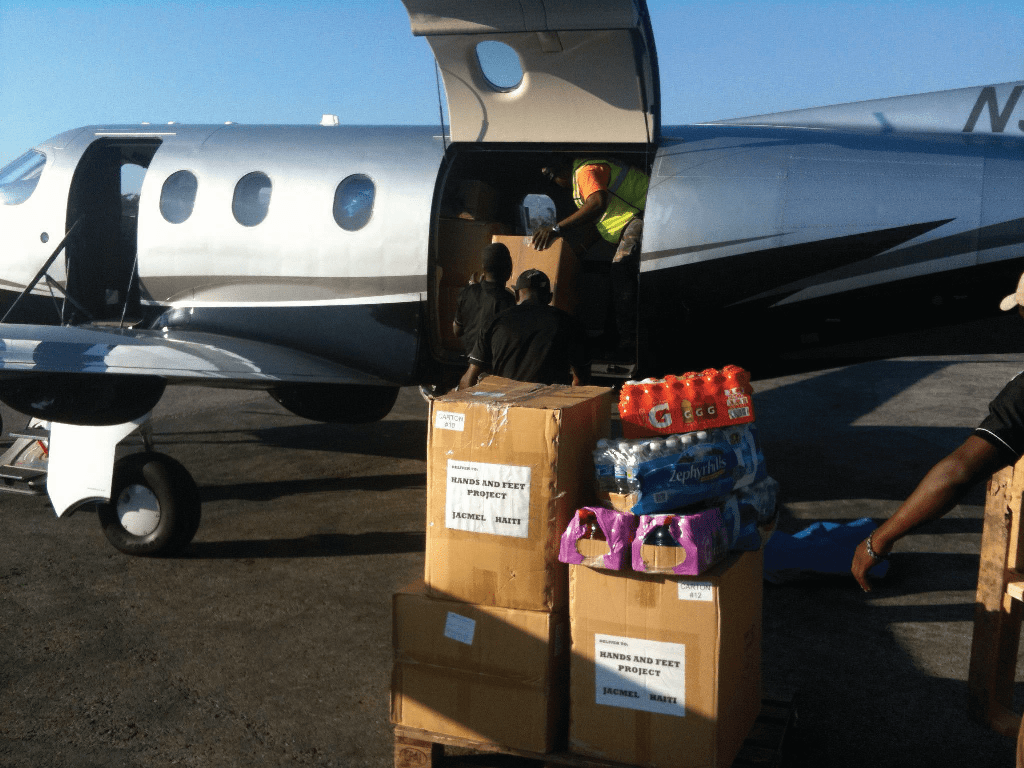 The industry also often steps up to ensure the flight providers can offset some of the costs associated with providing air transportation. CBAA raises $25,000 each year for Hope Air.

In the U.S., the Corporate Angel Network (CAN) arranges free transportation for cancer patients traveling to treatment centers by using the empty seats on business aircraft – CAN celebrated its 50,000th patient flight in April 2016. The trip entailed flying a one-year-old boy from the New York area, where he receives treatment for a rare eye cancer, to his Atlanta home. CAN flights began taking the patient on the trip
regularly when his local treatment options were exhausted,and a specialist located in New York City was needed.

Since CAN’s first flight in 1981, the organization has provided free air transportation to people whose best treatment options are often thousands of miles from home. Volunteers and a small staff based at Westchester County Airport (HPN) in White Plains, New York, coordinate the medical travel needs of patients with the scheduled flight activity of more than 500 participating companies, including half the Fortune 100, resulting in more than 200 patient flights per month.

Business aviation plays a key logistics role in a variety of other humanitarian and charitable organizations, including the Red Cross, Honor Flight, Veterans Airlift Command, and the Special Olympics.

Doctors Without Borders relies on general aviation aircraft to get its staff and supplies to remote towns that, in many cases, are otherwise inaccessible. “I was not aware of business aviation [as an industry], but I used to travel a lot on your planes,” said Bernard Kouchner, the co-founder of Doctors Without Borders and later the French Minister of Foreign and European Affairs, in an address at a European business aviation conference, adding that reaching people in humanitarian crises would be impossible without light aircraft. “Not only for medical reasons, but for all transportation,” said Kouchner, “These towns have no commercial line and rely on small planes, so the development of your industry is absolutely crucial.”